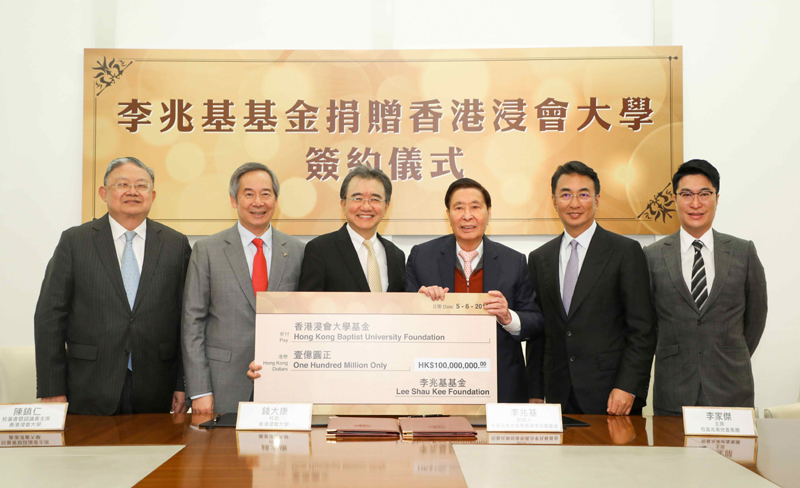 
Hong Kong Baptist University (HKBU) is privileged to receive a HK$100 million donation from Dr The Honourable Lee Shau-kee, GBM, through Lee Shau Kee Foundation to support the University’s strategic development, particularly the development of the research cluster of creative media and practice.

A donation agreement was signed between Dr Lee, Founder of Henderson Land Group and Lee Shau Kee Foundation, and Professor Roland T Chin, President and Vice-Chancellor of HKBU, at a ceremony on 5 June witnessed by attending guests.

Professor Chin expressed his heartfelt gratitude to Dr Lee for his generosity and foresight to support the University’s Institutional Strategic Plan 2018-2028 to deliver the best student experience, produce world class research and sustain academic excellence through investments in people, governance and facilities.

In the Institutional Strategic Plan 2018-2028, a ten-year plan was set out to make HKBU a research-led liberal arts University of global significance, and produce world-class research in three clusters. They are Creative Media and Practice, Health and Drug Discovery, and Data Analytics and Artificial Intelligence in X (where X denotes applications such as Data-journalism and Data-healthcare). Creative media and practice research is a socioeconomic engine for growth, and underpins the development of creative industries.

Dr Lee’s generosity has enabled HKBU’s research and education in arts and culture to thrive. His philanthropic acts have also supported HKBU’s infrastructural development which tremendously benefitted the University’s education and research development. Since 1983, Dr Lee has made donations to support various endeavours of the University, including donations to the Building Fund, the HKBU Development Fund, construction of the David C Lam Building, the development of Hong Kong’s first Academy of Visual Arts and the establishment of the Advanced Institute for Contemporary China Studies.

Dr Lee is closely associated with HKBU. In 2011, he was conferred the degree of Doctor of Business Administration, honoris causa, by the University in recognition of his outstanding contributions to the University and society at large. 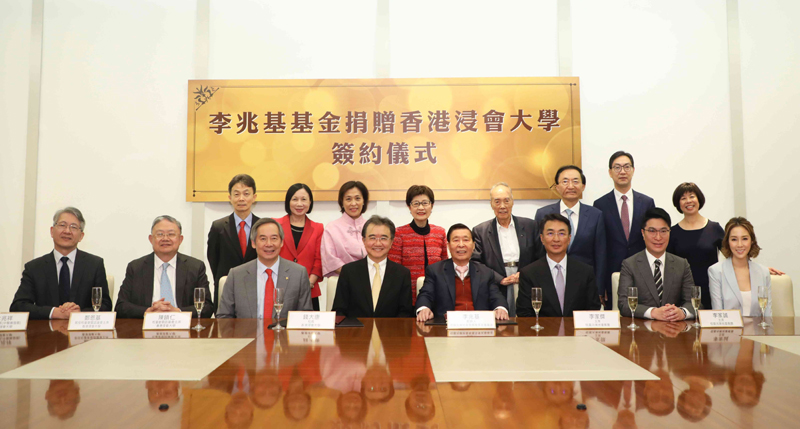