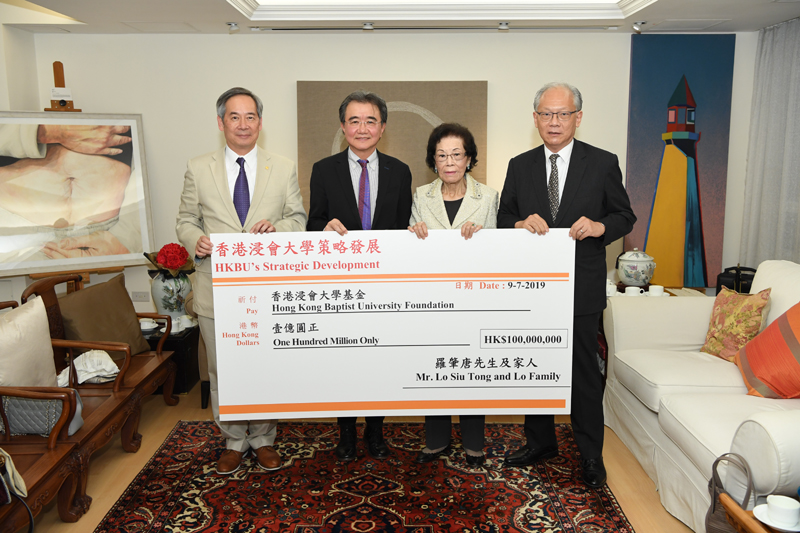 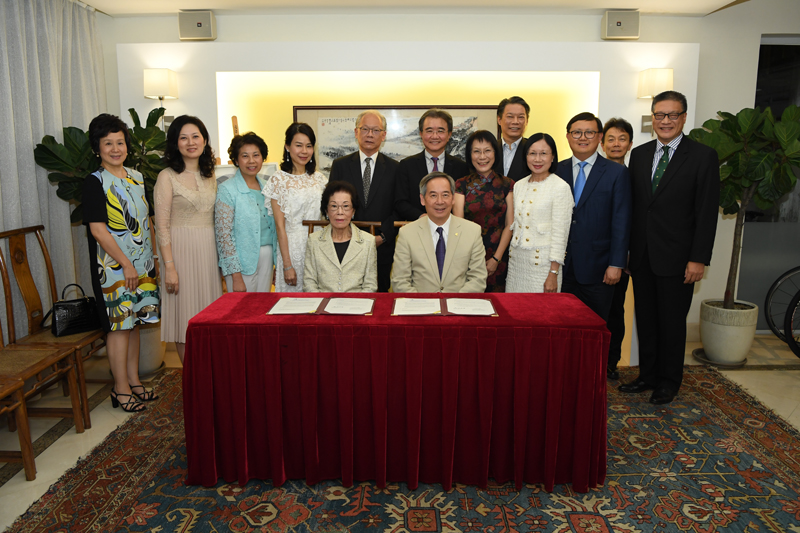 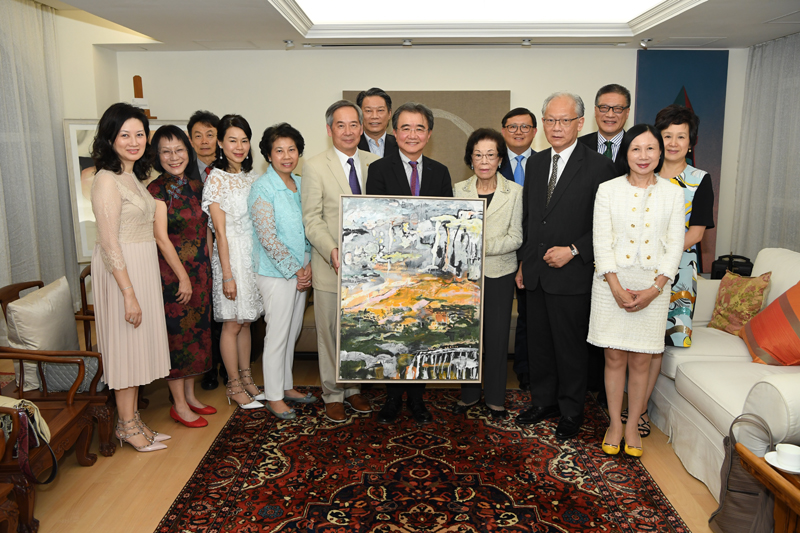 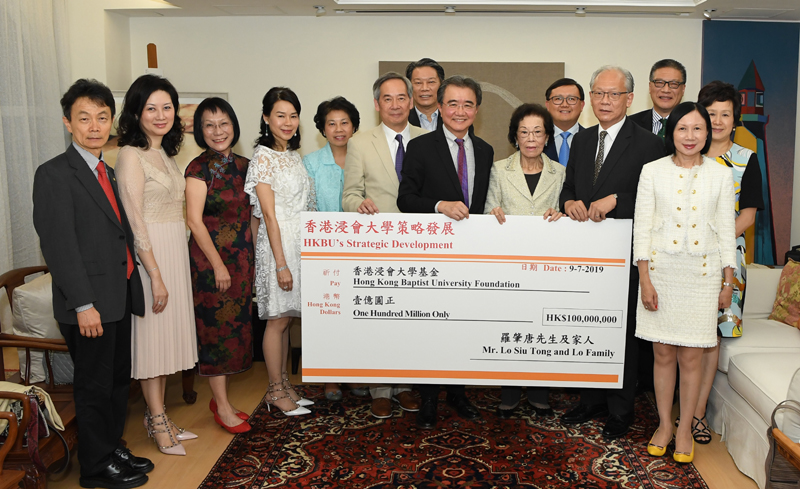 
HKBU recently received a donation of HK$100 million from Mr. Lo Siu Tong and the Lo family in support of the University’s strategic development.

Mr. Alex Law, on behalf of the Lo family, said that with decades of effort, HKBU has already become an internationally renowned university, making numerous remarkable achievements in various research areas. His parents, Mr. Lo Siu Tong and Mrs. Lo Hui Kit San, and other family members concurred with the University’s motto “Faith and Perseverance”. They were deeply honoured to be able to contribute to HKBU’s strategic development.

Professor Chin said that Mr. Lo Siu Tong is a distinguished entrepreneur, while other members of the Lo family have also had very successful careers. The respectable Lo family is dedicated to supporting various charitable initiatives with a focus on education. Over the years, they have contributed to many charitable projects both on the Mainland and in Hong Kong, thereby earning a reputation as passionate philanthropists.

Professor Chin expressed his heartfelt gratitude to the Lo family for their generosity and support of the University’s Institutional Strategic Plan 2018-2028. The ten-year plan sets out to deliver the best student experience and aims to produce world-class research in three strategic clusters, namely, Creative Media and Practice, Health and Drug Discovery, and Data Analytics and Artificial Intelligence. In this connection, the Talent100 Initiative was launched to recruit a hundred academic talents from around the globe to bolster the University’s teaching and research capabilities. In terms of infrastructure, a new student hostel and academic building complex will also be built on Renfrew Road.