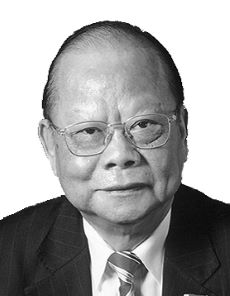 The HKBU Foundation records with deepest sorrow the passing of Dr. the Hon. Tsang Hin Chi, GBM, donor of HKBU, on 20 September 2019. He was 85 years old.

Dr. the Hon. Tsang Hin Chi, GBM, founder of the Goldlion Holdings Limited, was a prominent industrial leader who made remarkable contributions to the apparel industry. Dr. Tsang had an impressive record of public service. He was member of the Standing Committee of the National People’s Congress, honorary vice chairman of the All-China Federation of Industry and Commerce, life honorary chairman of the Chinese General Chamber of Commerce, and committee member to several Hong Kong and Mainland trade associations. Dr. Tsang was awarded a Grand Bauhinia Medal by the HKSAR Government in 1997.

Dr. Tsang was also a well-respected philanthropist and committed to contributing to the country. He made substantial donations towards different charitable causes on the Mainland and in Hong Kong.  He set up the Tsang Hin Chi Education Foundation, the Tsang Hin Chi Manned Space Foundation as well as the Tsang Hin Chi Sports Foundation to support the development of education, aerospace as well as sports on the Mainland.  He was one of the four Hong Kong people, among 100 Chinese, who were awarded the title of “Reform Pioneer” by the Central Government in 2018 in celebration of the 40th anniversary of the Mainland’s reform and opening-up. A staunch supporter of HKBU, Dr. Tsang made generous donation in support of the Advanced Institute for Contemporary China Studies in conducting research on the development of Hong Kong.

The Foundation conveys its deepest condolences to the Tsang family at this time of bereavement. Dr. Tsang will always be remembered for his distinguished contributions to Mainland China, Hong Kong as well as the University.