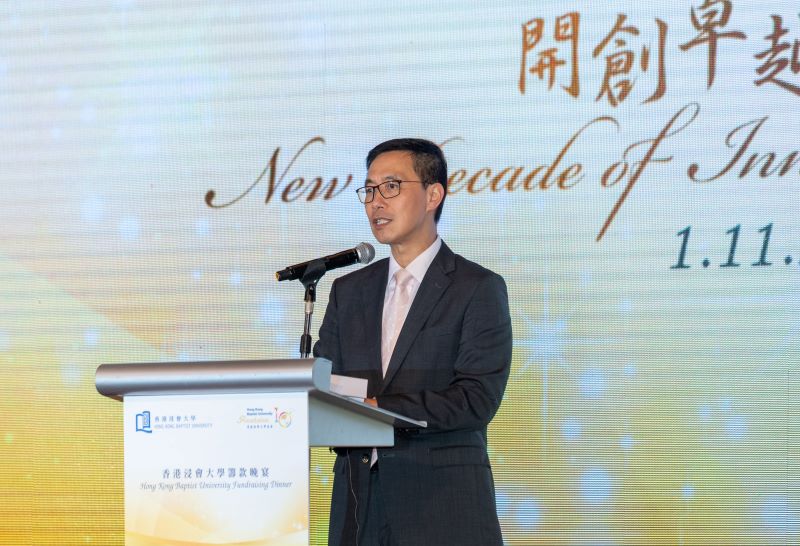 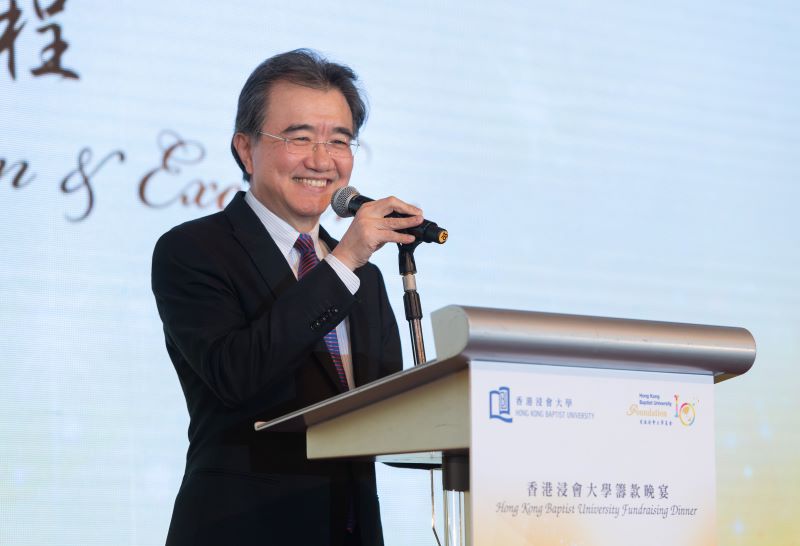 Prof. Roland Chin expressed his gratitude to sponsors of the Fundraising Dinner and supporters of the University 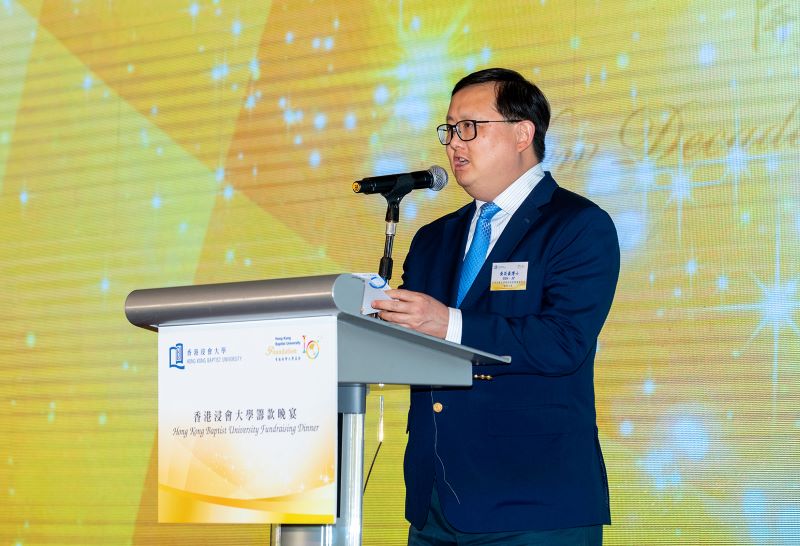 Dr. Kennedy Wong thanked donors for their generosity and the concerted efforts of the Organising Committee of the Fundraising Dinner 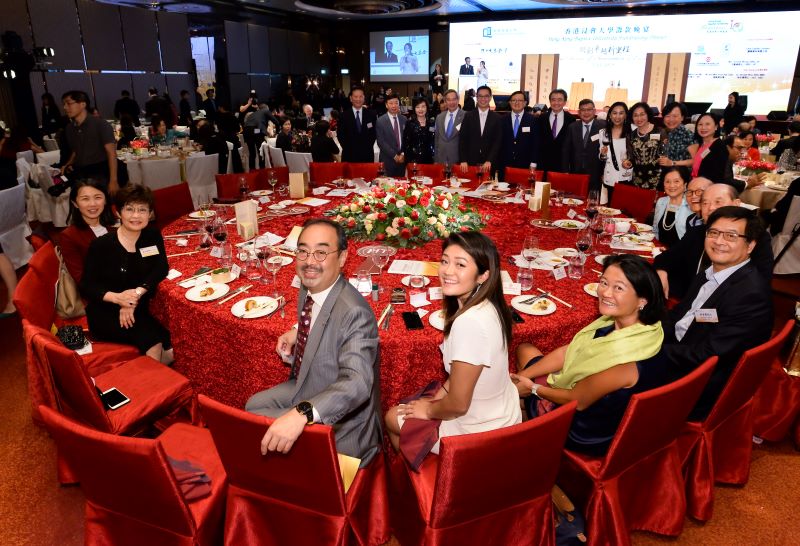 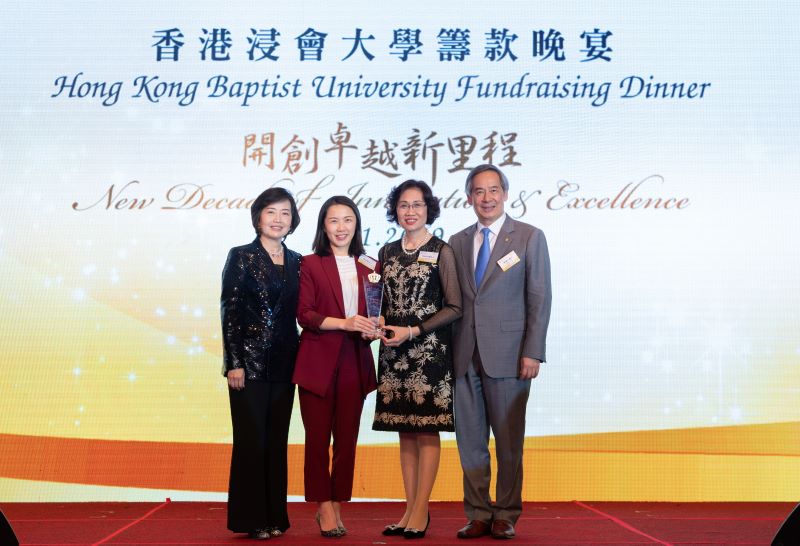 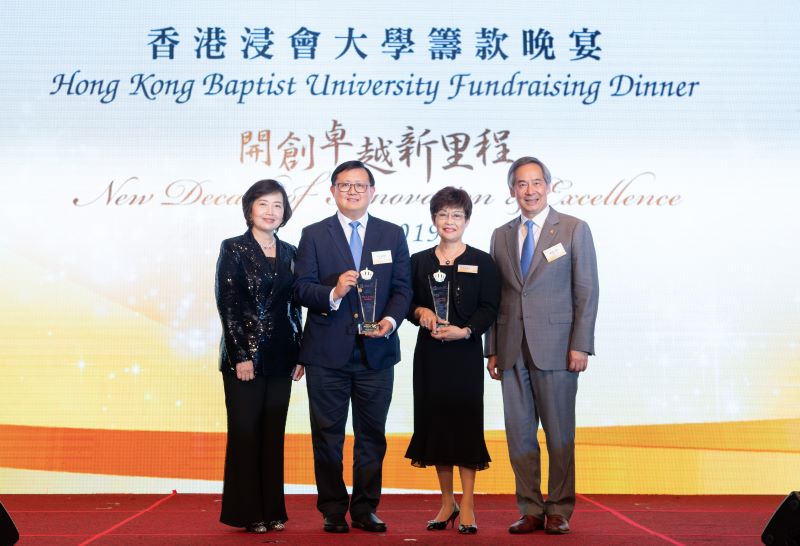 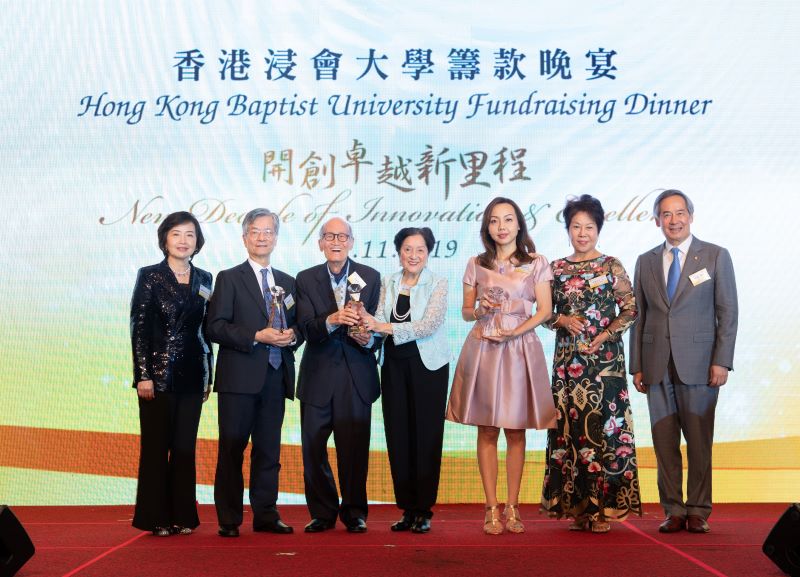 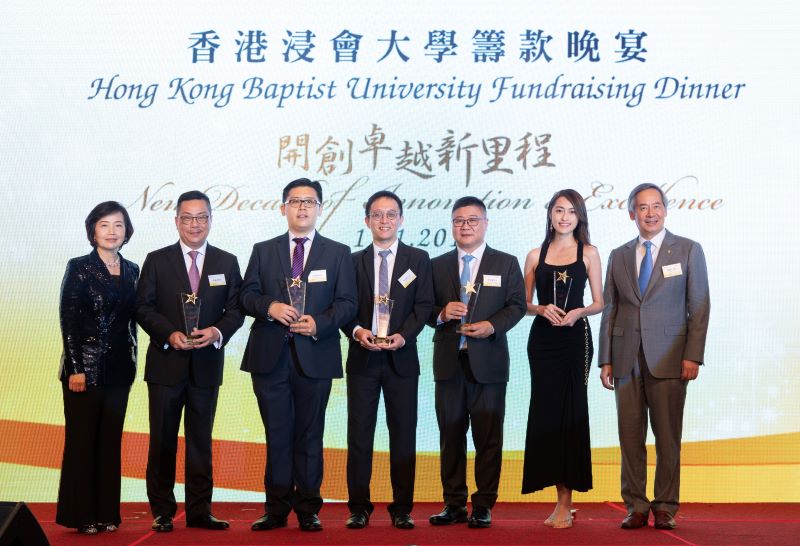 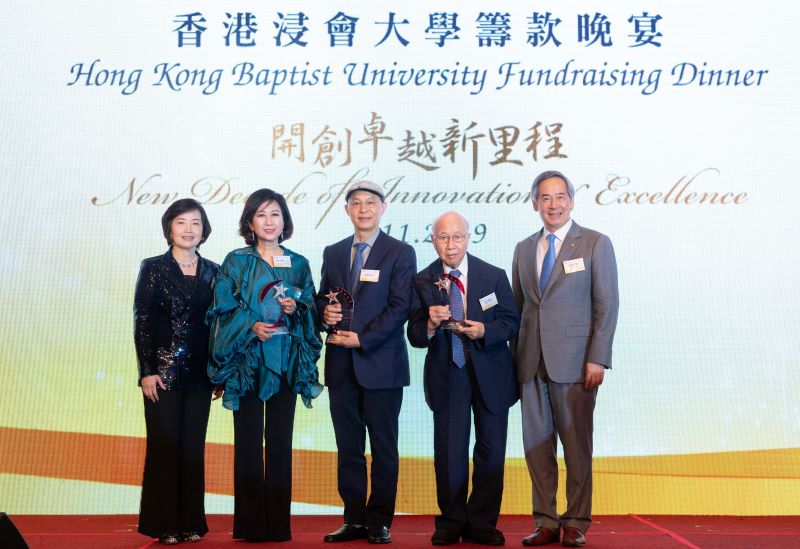 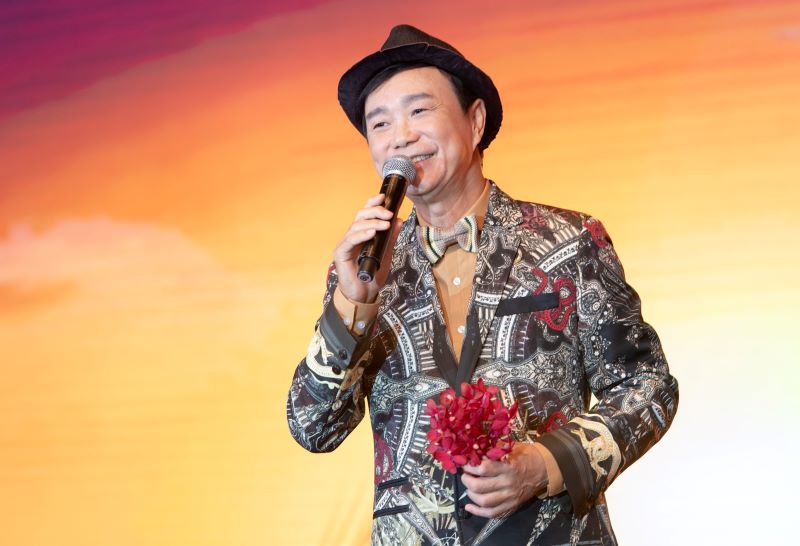 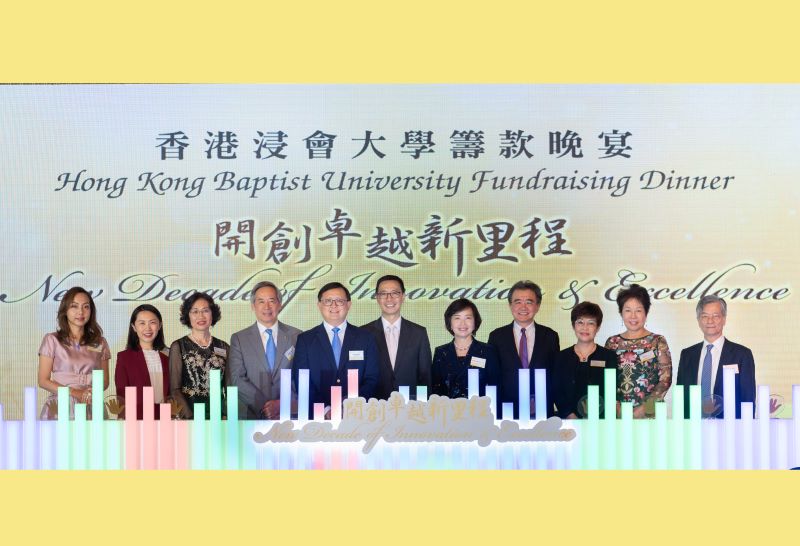 The Hong Kong Baptist University Fundraising Dinner was held at the InterContinental Hong Kong on 1 November 2019 to commemorate the first decade of excellent achievements by the Hong Kong Baptist University Foundation. This event, held under the theme of “New Decade of Innovation & Excellence”, attracted around 500 distinguished guests, alumni, staff, friends and supporters of HKBU who helped raise over HK$20 million for the multiple initiatives set out in HKBU’s Institutional Strategic Plan 2018-28.

In his address, Secretary Yeung said that the new round of Matching Grant Scheme had given a new impetus for generous philanthropists to support the strategic development of the University. He was pleased to learn that HKBU has achieved very encouraging result under this Scheme. Within a few months, the University successfully raised over HK$500 million, which generated matching funds of about HK$300 million. He highly commended that all the dinner participants had demonstrated a strong passion for education and Hong Kong and hoped that they would continue to contribute to the HKBU Foundation, as well as to facilitate society to move forward.

In his welcoming remarks, Professor Chin thanked all guests who participated in and sponsored the dinner for their staunch support to the University. He said that the funds raised by the dinner would help the University recruit 100 top academic talents to enhance its teaching and research capacities, and construct the new Campus of Creativity that will provide student hostels, a creative hub as well as state-of-the-art teaching and learning facilities, and bring in an international horizon to the campus.

Speaking at the dinner, Dr. Wong extended his appreciation to the numerous sponsors and supporters of the dinner, as well as members of the Organising Committee for their concerted efforts over the past year. He remarked, “With the staunch support from Foundation members in the past decade, the Foundation has raised more than HK$2.23 billion and its membership has increased from 131 to 727, 4.5 times since its establishment in 2009.”

Alumni Eric Ng and Caca Lam served as masters of ceremonies of the event, which was kicked off by a duet violin performance by students from the Department of Music. Other exhilarating programmes included live auction, sharing by Professor Ken Yung, Professor of the Department of Biology, on his fruitful teaching and research, sharing by alumna Angel Cheng, Founder of Build A Music School; and a finale singing performance by alumnus Albert Au which drew a perfect close to the event.

Success of the dinner counts on the tremendous support by all the sponsoring individuals, corporations and organisations. Pleae click here for the acknowledgements.