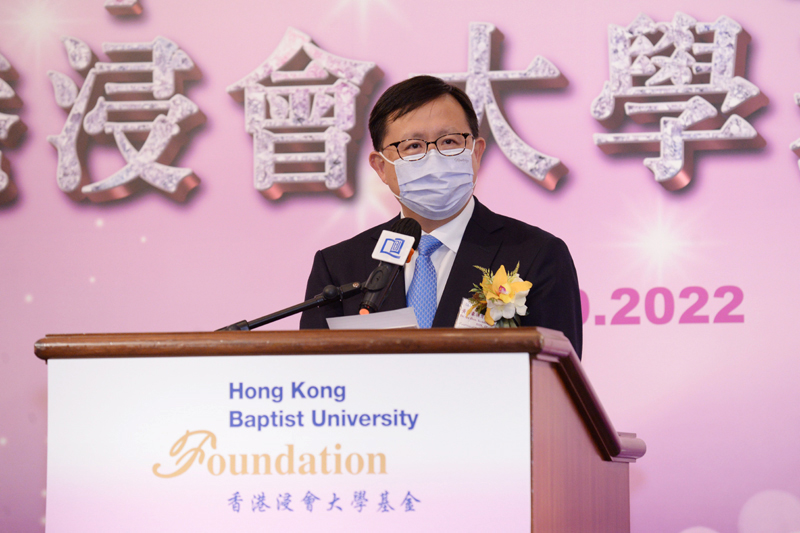 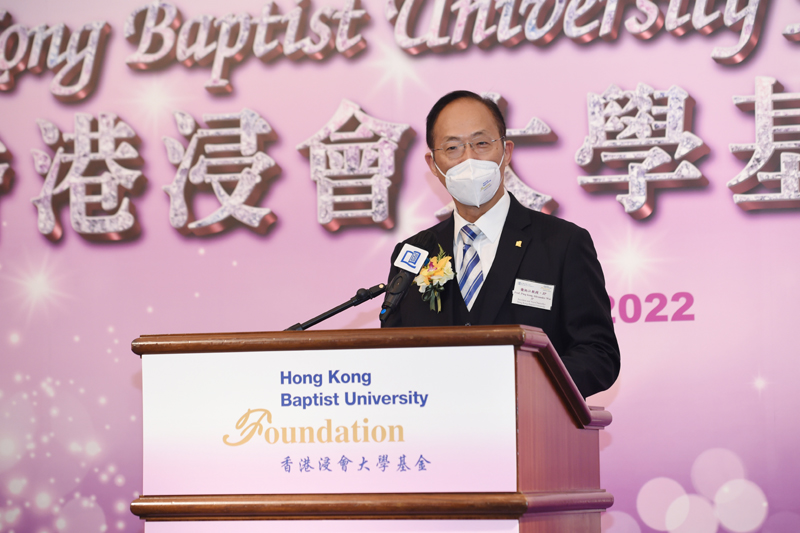 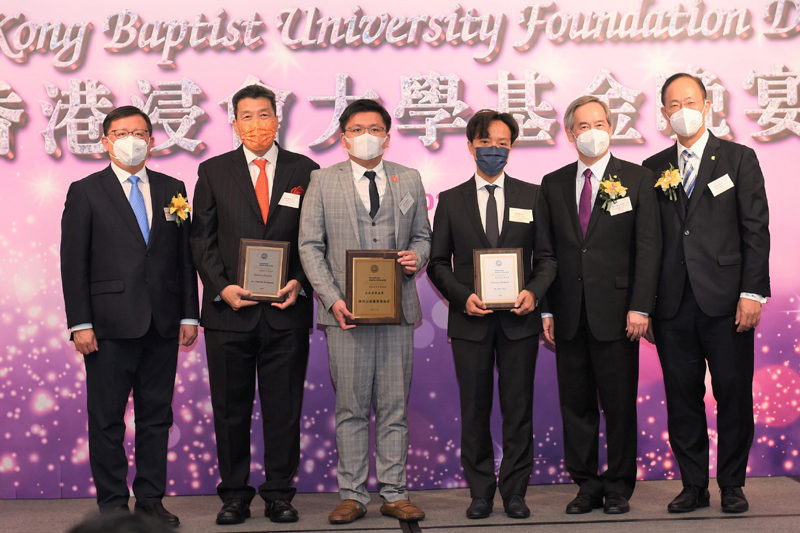 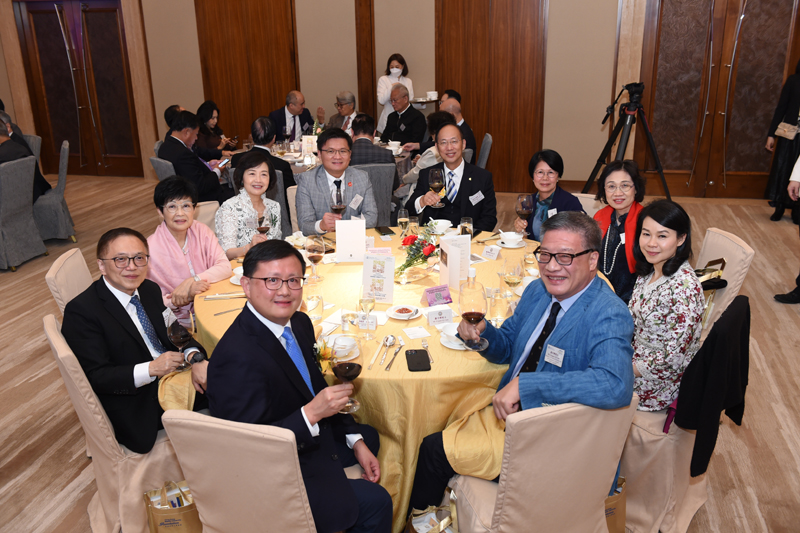 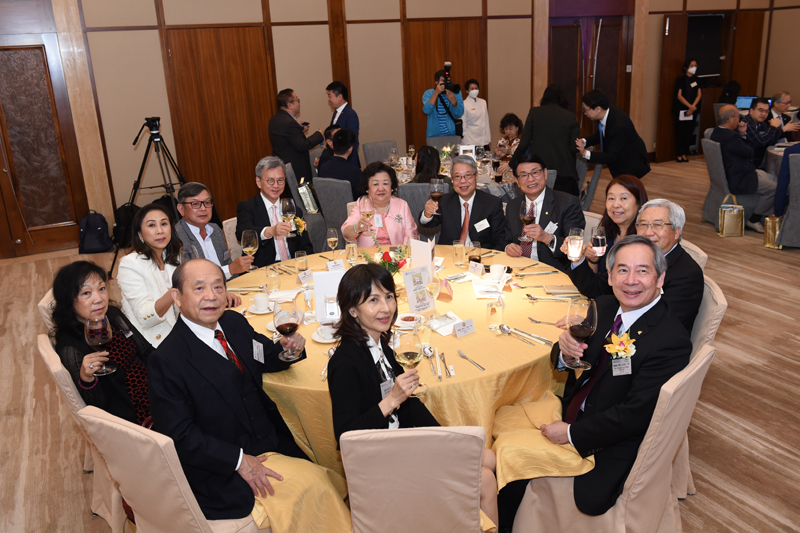 Guests at the head tables posed for a group photo 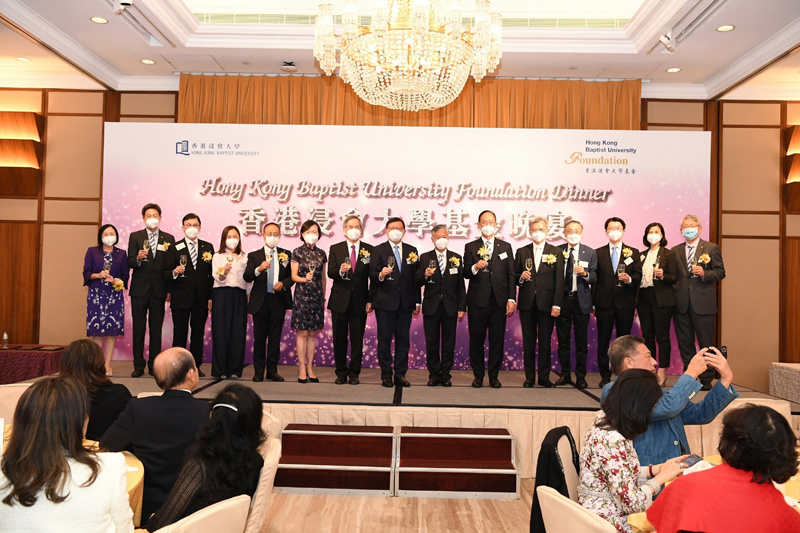 Chairman Clement Chen, Chairman Kennedy Wong, Prof. Alexander Wai, the University’s senior management team, together with representatives of the Foundation’s Board of Governors and committees, raised a toast to the guests 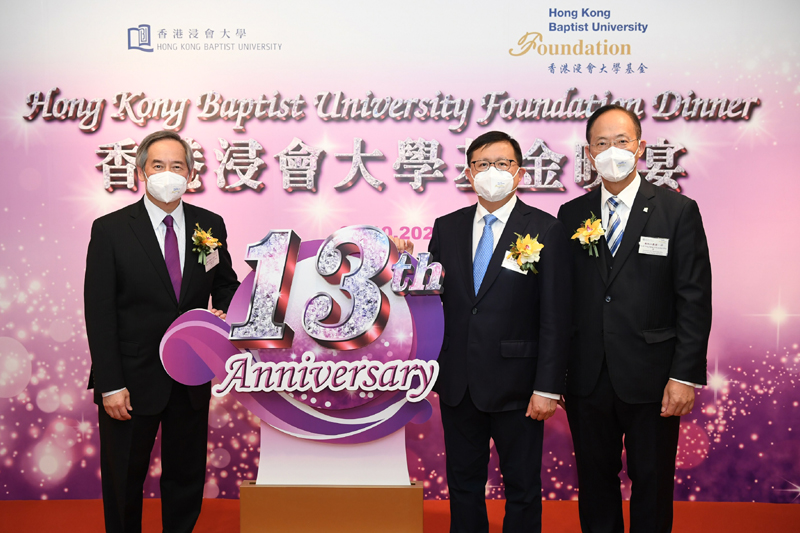 The Hong Kong Baptist University (HKBU) Foundation Dinner was held on 21 October 2022 to express its gratitude to members of the Foundation’s Board of Governors, Honorary Trustees, Honorary Permanent Presidents and Honorary Presidents as well as supporters of the University for their generosity and staunch support over the years.

In his welcoming remarks, Dr. the Hon. Kennedy Wong, BBS, JP, Chairman of the Board of Governors of the Foundation, shared that HKBU, following its record-breaking fundraising success in the 8th Matching Grant Scheme, has secured a further excellent fundraising result under the Research Matching Grant Scheme of the Government. As of early October, the University has secured a sum of HK$857 million, comprising HK$591 million in donations and HK$266 million in matching funds through this Scheme. This facilitates its pioneering research development in areas such as the strategic development of Chinese medicine and the Chinese Medicine Hospital project. On behalf of the Foundation, he thanked the Board of Governors of the Foundation and members of various committees for their dedicated contributions and also expressed his heartfelt gratitude to all supporters in the community.

Professor Alexander Wai, JP, President and Vice-Chancellor of HKBU, introduced the latest developments of the University in his address. He pointed out that the University has to capitalise on the opportunities and changes created by artificial intelligence (AI) development to enhance its teaching and research capacity. HKBU was awarded the service deed of Hong Kong's first Chinese Medicine Hospital by the Government last year, and the University is developing it progressively to become a high-tech smart hospital to serve as the Chinese medicine clinical teaching and research hub in Hong Kong. HKBU is also committed to developing art tech and has recently established the School of Creative Arts, putting together related talent and resources to create improved synergy. When the construction of the Jockey Club Campus of Creativity is completed, its upgraded hardware and innovative software will take HKBU's innovative research to new heights.

At the Dinner, Dr. Clement Chen, GBS, JP, Chairman of the Council and the Court of HKBU, and Dr, Wong presented the “Honorary Permanent President” certificate to Mr. James Li, representative of the Tencent Charity Foundation, as well as “Honorary President” certificates to Mr. Alan Chan and Mr. Burton Chan Shu Yin, in recognition of their full support for the Foundation.

Since its inception in 2009, the HKBU Foundation has recorded steady growth in terms of both membership and donation totals. Its membership has risen from 131 to 875, an impressive growth of 568 percent. Over the past 13 years, the Foundation has received donations and donation pledges in the amount of more than HK$4.23 billion, providing a solid financial bedrock for HKBU’s advancement.