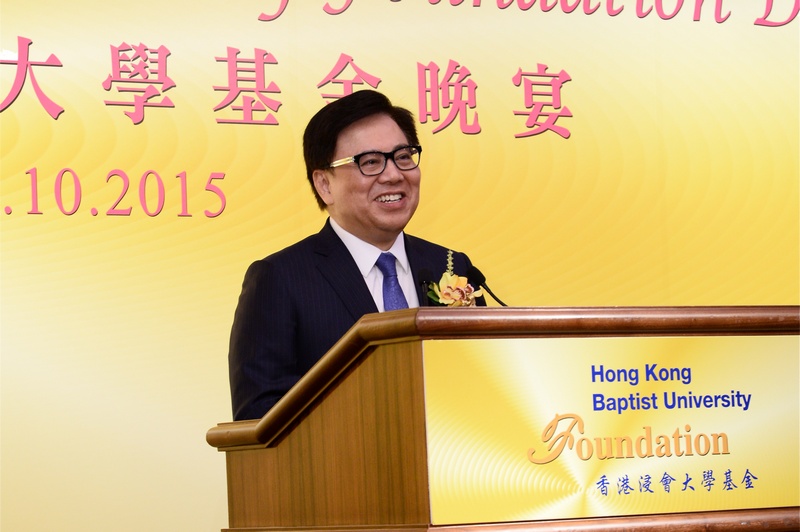 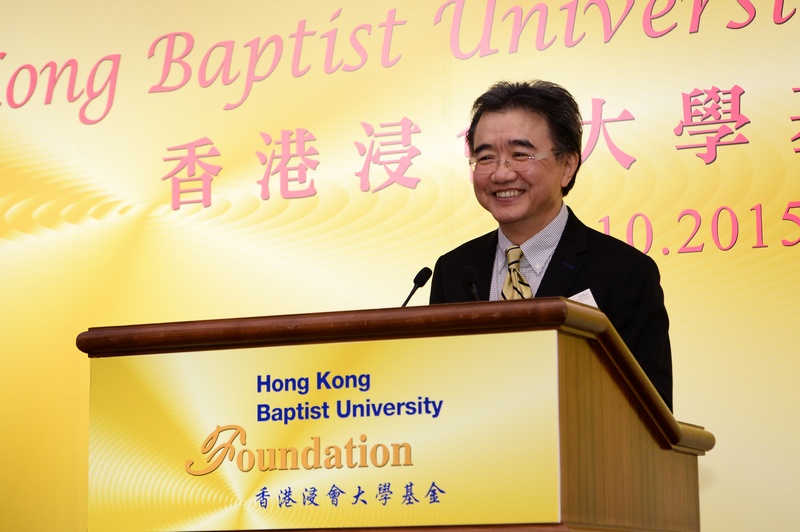 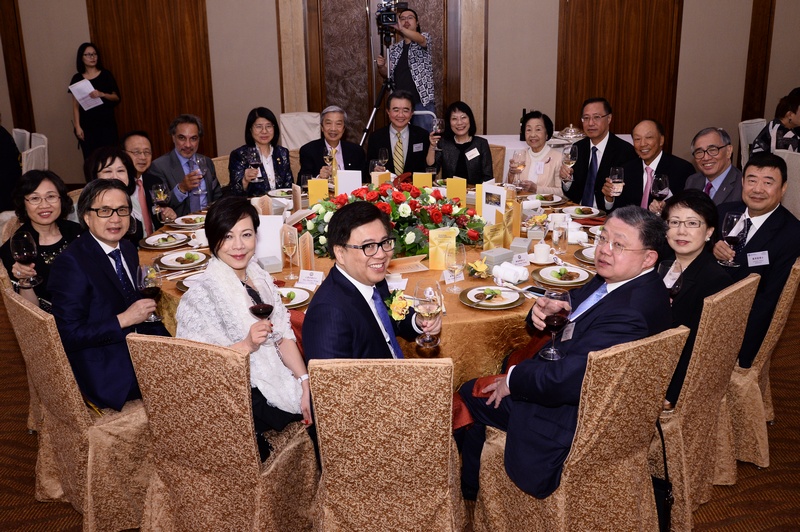 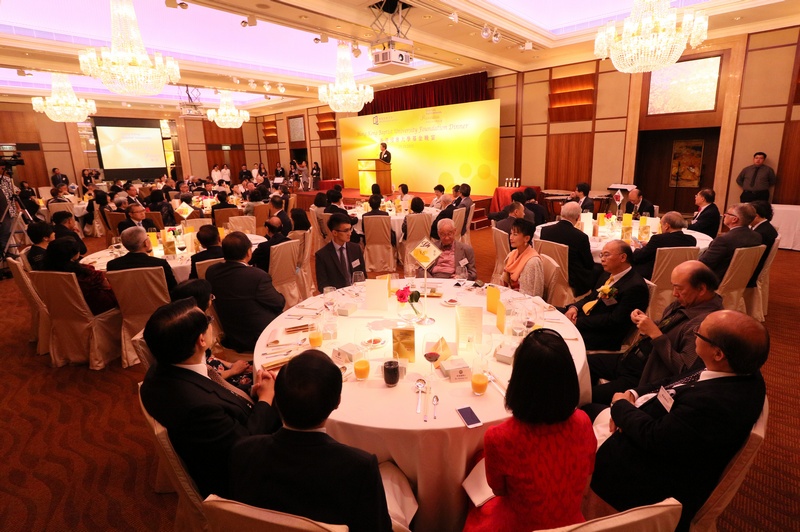 The Dinner was well received by the guests 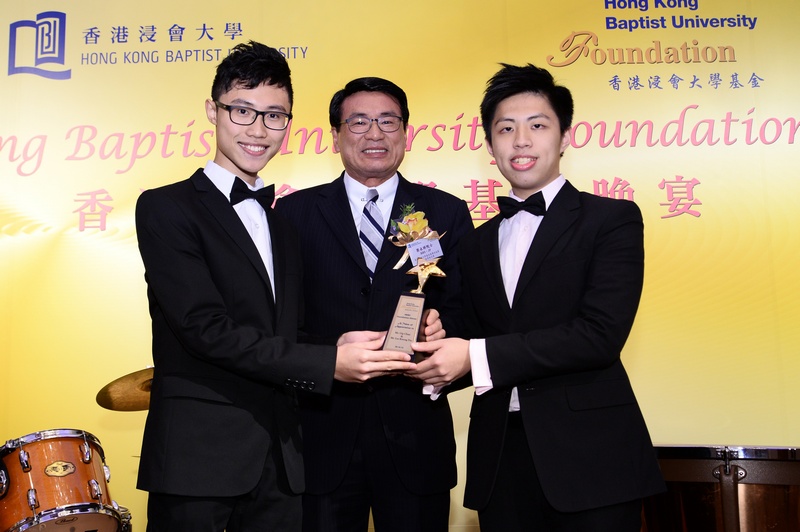 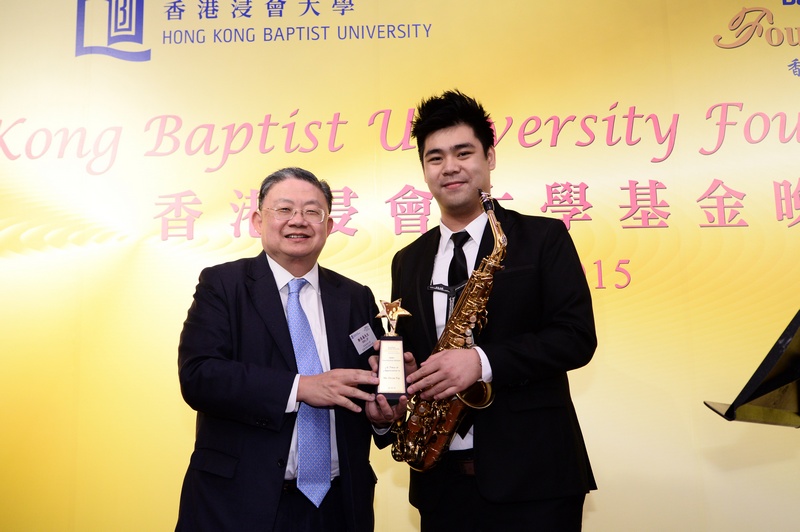 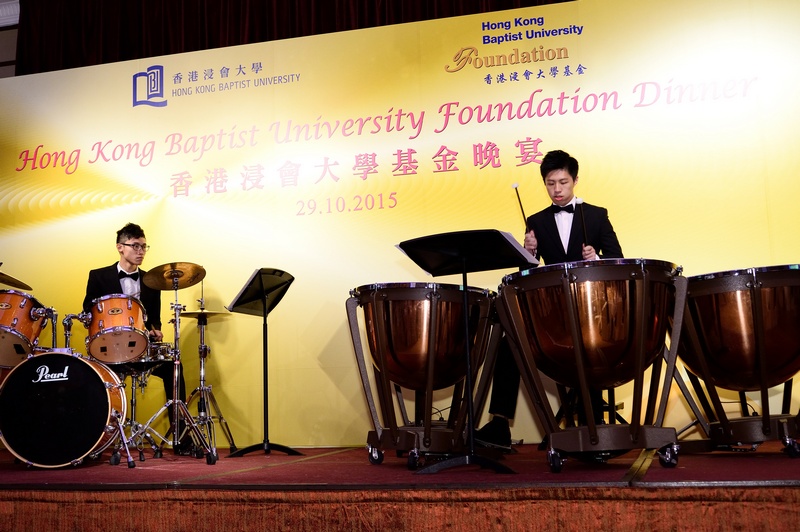 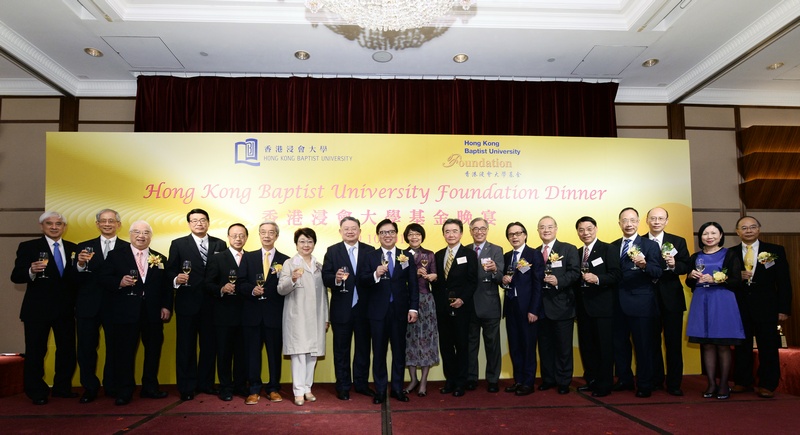 In his welcoming remarks, Dr. Wilfred Wong, GBS, JP, Chairman of the HKBU Foundation, said the unfailing support of our donors was rewarded by the outstanding academic and research achievements of the University.  In the Research Assessment Exercise 2014 announced by the University Grants Committee in early 2015, HKBU topped the highest rating of four stars (i.e. “world leading” standard) in four areas, namely Chinese Medicine, Mathematics and Statistics, Geography, and Music, when compared with sister institutions.

Professor Roland T. Chin, President and Vice-Chancellor, praised the former Presidents for their tremendous contributions to the development of the University in the past six decades. As the fifth President, Professor Chin would follow the path of his predecessors to lead HKBU into a truly international, research-led liberal arts institution of high standing in the region.

The programme was enriched by music performances including percussion duet and saxophone solo by students and an alumnus. Their marvellous performances made it a thoroughly enjoyable evening for all the guests.

Since its inception in 2009, the HKBU Foundation has raised more than HK$1.1 billion and its membership has grown steadily from 131 to 553, making an impressive growth of more than three-fold.  This is a testament to society's support for and recognition of the work of the University.