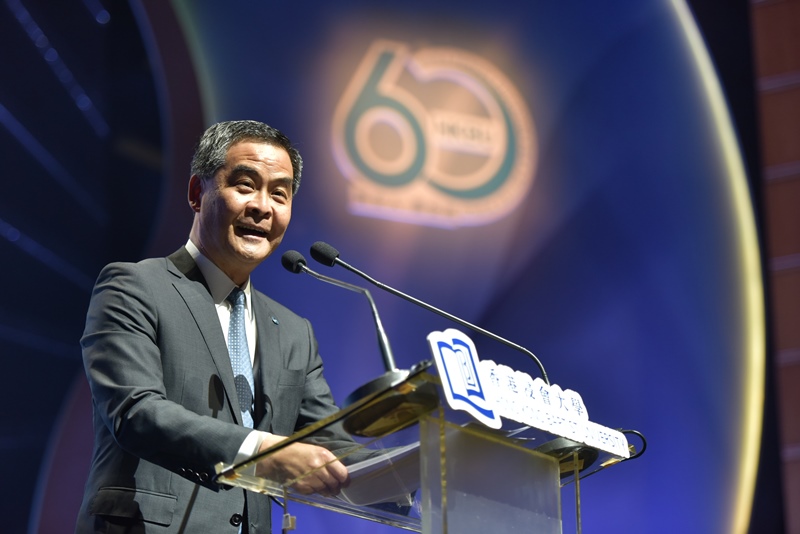 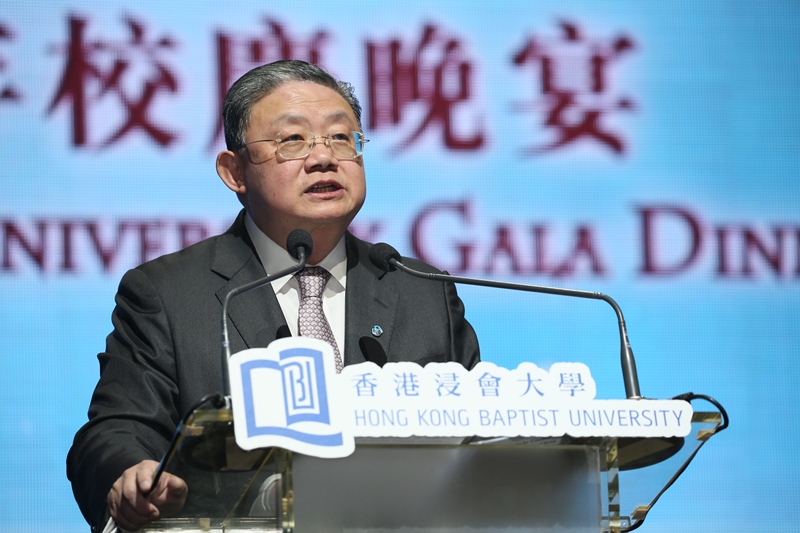 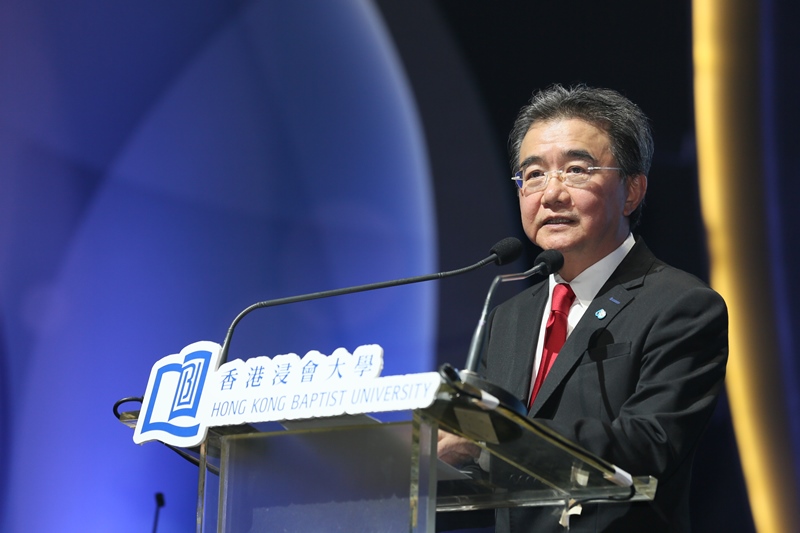 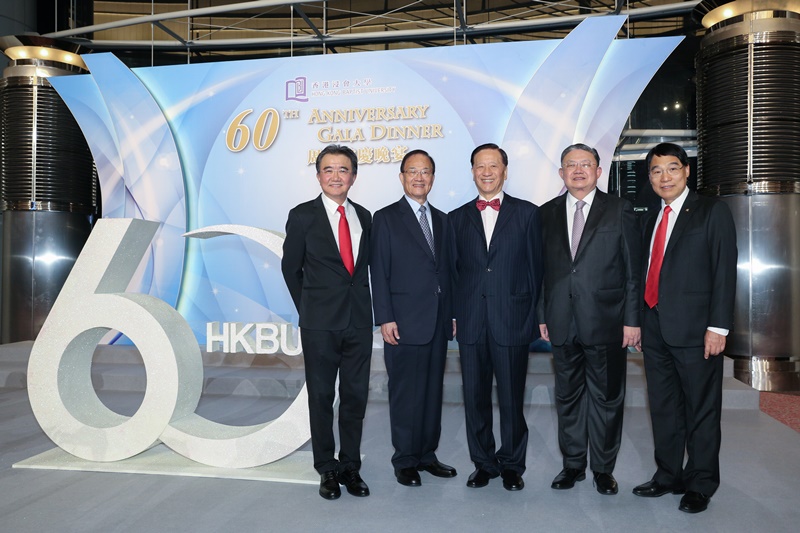 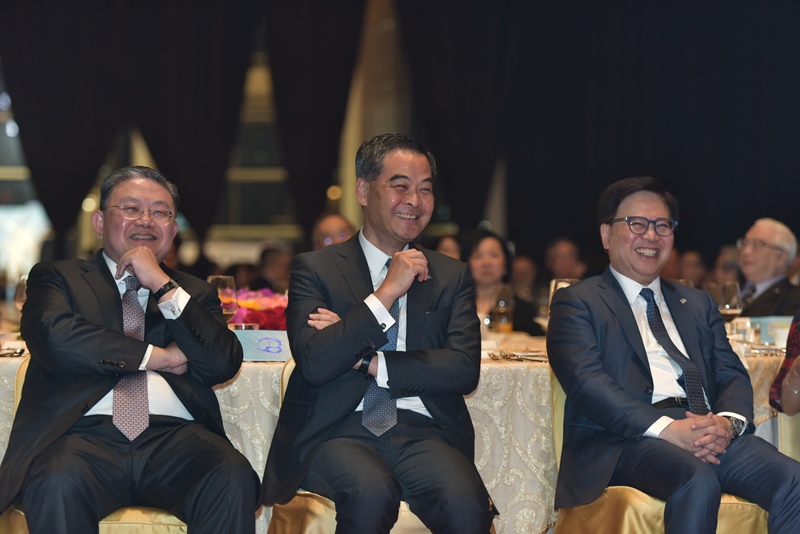 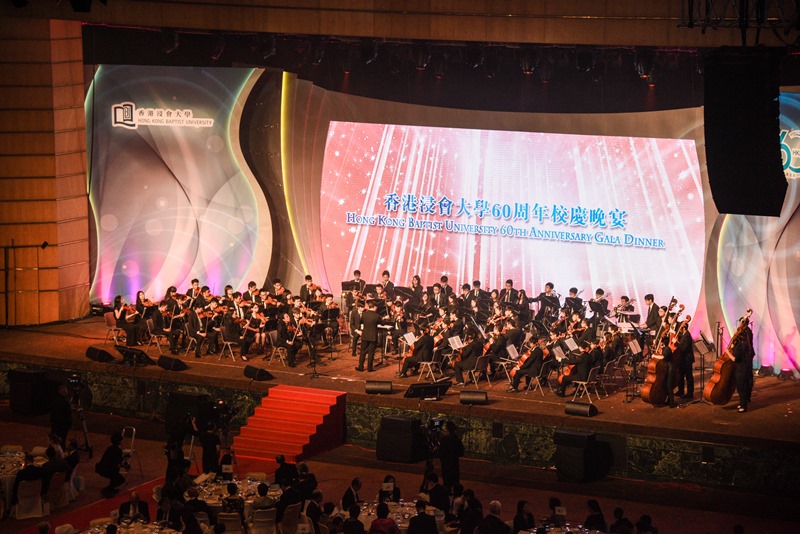 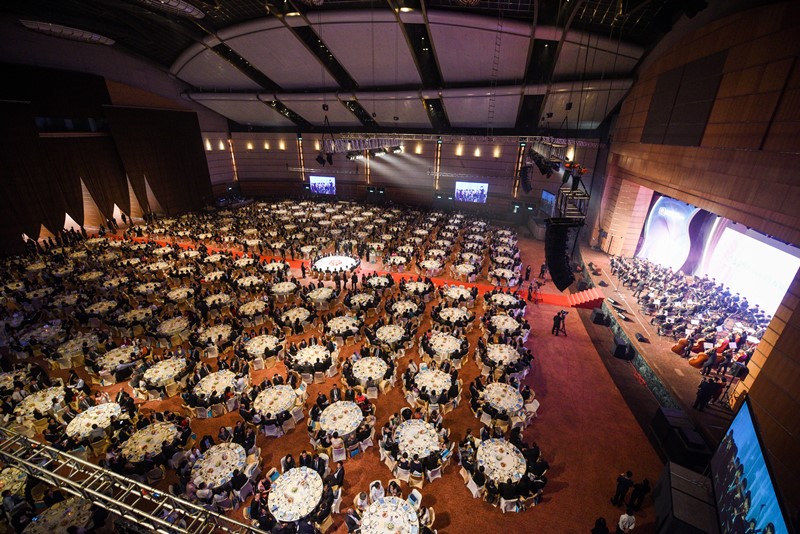 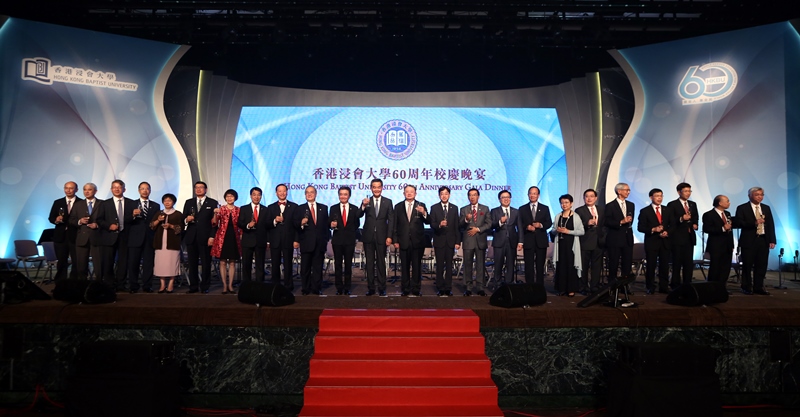 In celebration of its 60th Anniversary, Hong Kong Baptist University held a gala dinner at the Hong Kong Convention and Exhibition Centre on 4 October 2016. It was a joyous occasion for the University to celebrate its diamond jubilee with over 2,000 guests including government officials, consuls-general, heads of institutions, HKBU Council and Court members, staff, students, alumni, supporters and friends.

Speaking at the dinner, Mr. Cheng Yan Kee, BBS, JP, Chairman of the Council and the Court of HKBU, was pleased that for the past six decades, the University has contributed immensely to social progress, through nurturing future leaders, enhancing the education sector as well as developing innovations for industry. He also thanked the former Chairmen of the Council and the Court, Dr. Lau Wah Sum, GBS, OBE, JP, Dr. the Honourable Moses Cheng, GBM, GBS, OBE, JP, and Dr. Wilfred Wong, GBS, JP, and former President and Vice-Chancellors, Dr. Daniel Tse, GBS, CBE, JP, Professor Ng Ching Fai, GBS, Professor Albert Chan, JP, and the current President and Vice-Chancellor, Professor Roland Chin, for their tremendous contributions to the development of the University in different eras.

Professor Roland Chin, President and Vice-Chancellor, listed out three personalities, which he calls the DNAs of HKBU, that are essential to the University’s success. The first is care and compassion, demonstrated through a number of HKBU projects such as the provision of healthcare services including professional Chinese medicine healthcare treatments as well as community-engagement projects. Secondly, HKBU’s creativity as reflected by a number of “firsts” to drive social progress, and creativity in teaching and research for the betterment of the world. Thirdly, HKBU has a global outlook, pioneering many internationalisation programmes and initiatives. Professor Chin said the HKBU community will work together towards its aspiration to be a leading research-led liberal arts university.