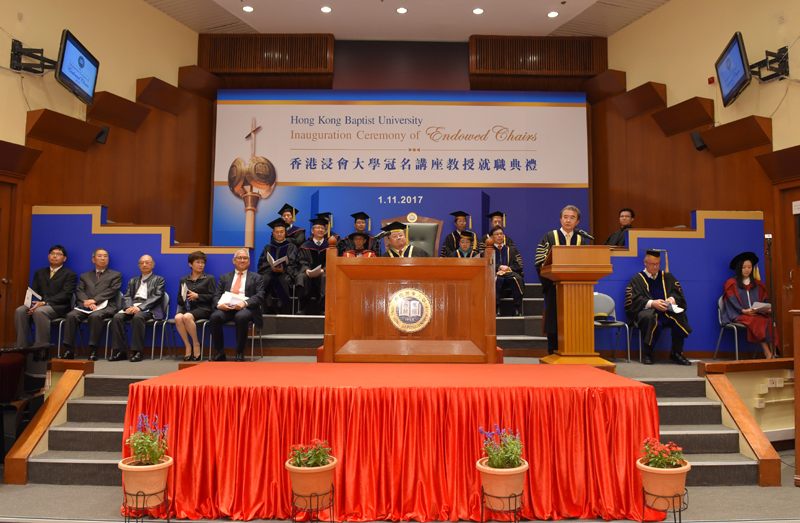 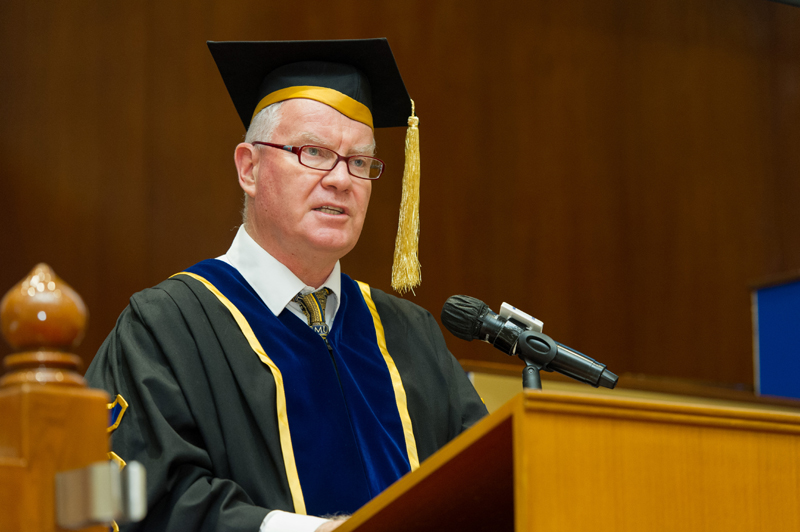 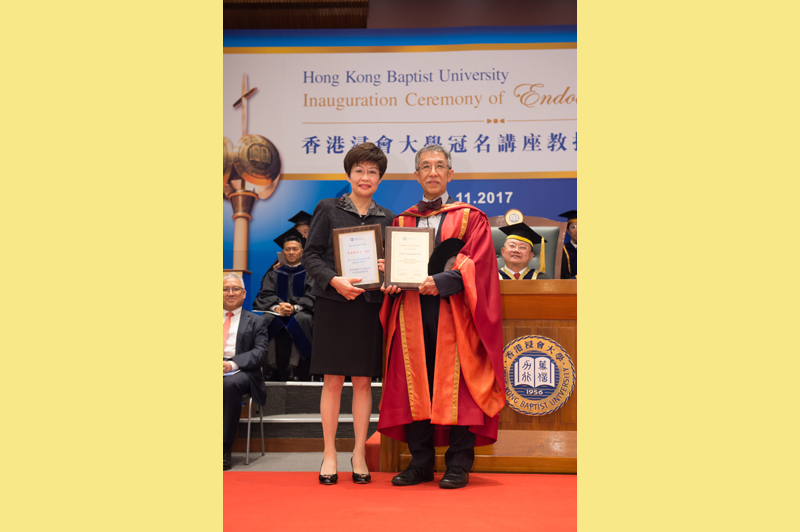 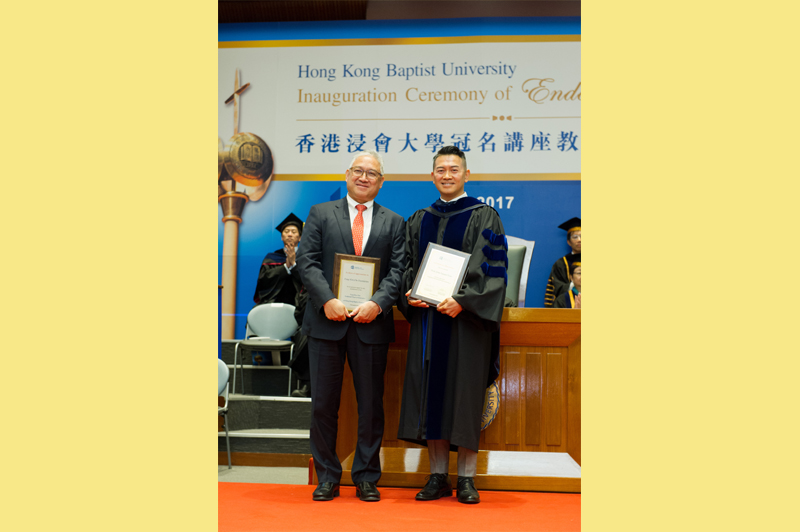 Donors and HKBU representatives posed for a group photo Dr. Elizabeth Law and her friends posed for a photo with the commemorative chair Prof. Bian Zhaoxiang and representatives of the Tsang Shiu Tim Charitable Foundation posed for a photo with the commemorative chair 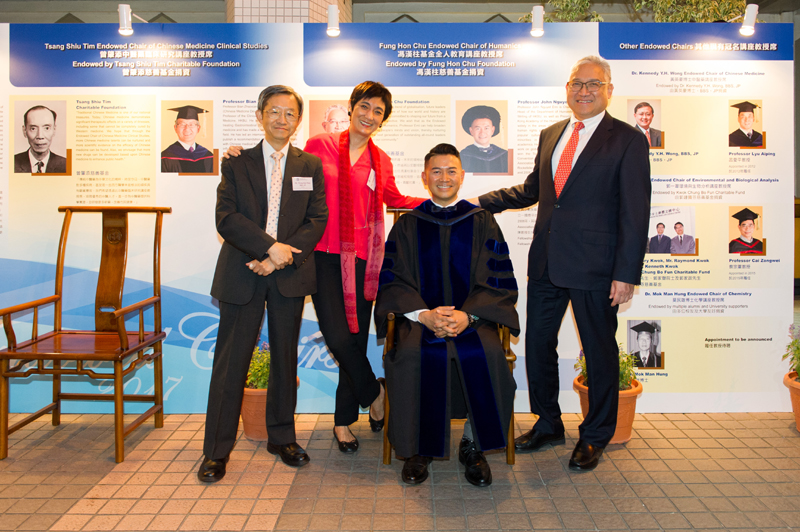 Prof. John Nguyet Erni and representatives of the Fung Hon Chu Foundation posed for a photo with the commemorative chair The University held the Inauguration Ceremony of Endowed Chairs 2017 on 1 November to recognise the outstanding scholarly achievements of three newly appointed Endowed Chairs and the staunch support of their respective donors.

The three Endowed Chairs are (in alphabetical order of discipline) :

In his welcome address, Professor Chin expressed his deepest gratitude to the enormous support of the donors who shared the same vision and enthusiasm as HKBU. He said the Endowed Chairs Scheme serves as one of the means of attracting the world’s great minds to HKBU to strengthen our research capacity, extend the frontiers of knowledge and nurture upcoming talents and leaders for society. He looked forward to extending the partnership and soliciting support from more individuals and corporations.

Established in 2006, an Endowed Chair is among the highest honours to be bestowed upon prominent academics at HKBU in recognition of their accomplishments. The Endowed Chairs Scheme provides remarkable opportunities for visionary donors to partner with the University in advancing ground-breaking research and academic excellence in their chosen disciplines for the betterment of humankind. To honour the establishment of each Endowed Chair, the University presented to each donor a specially-made commemorative Ming Dynasty style chair as a token of our appreciation and a remembrance of their partnership with the University.

More details of the ceremony: A commemorative chair crafted in the style of the Ming Dynasty is specially made and presented to our benefactors.  Above the University’s emblem engraved on the chair’s back splat, a customised plaque bearing the name of the Endowed Chair is mounted, making each commemorative chair in itself a unique artwork.