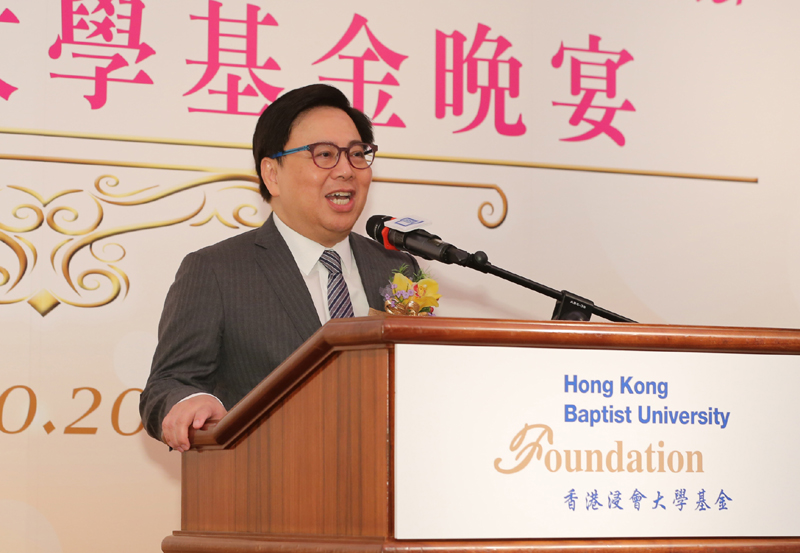 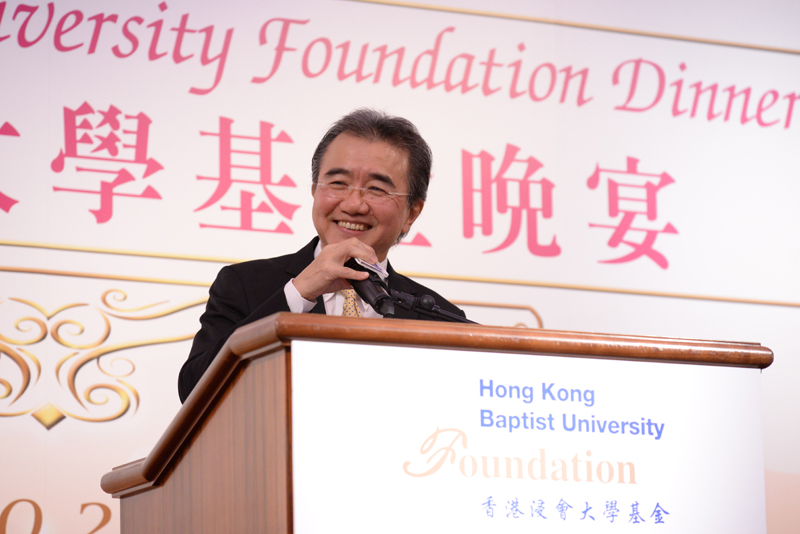 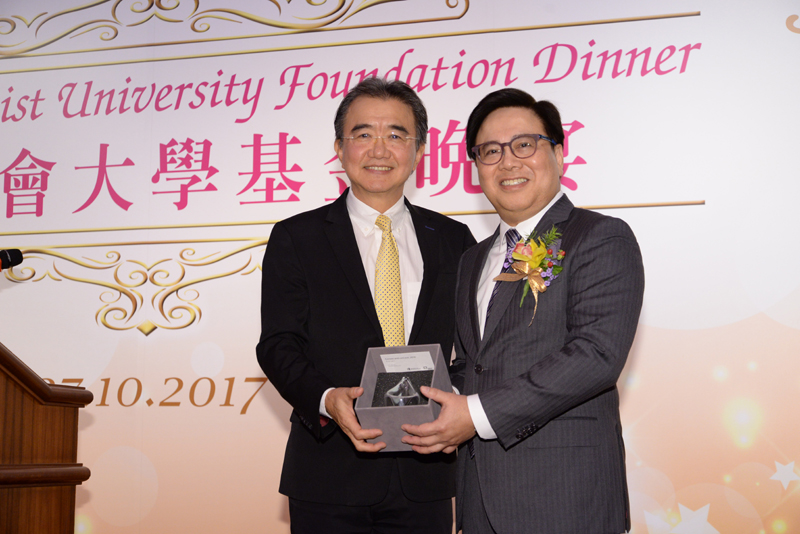 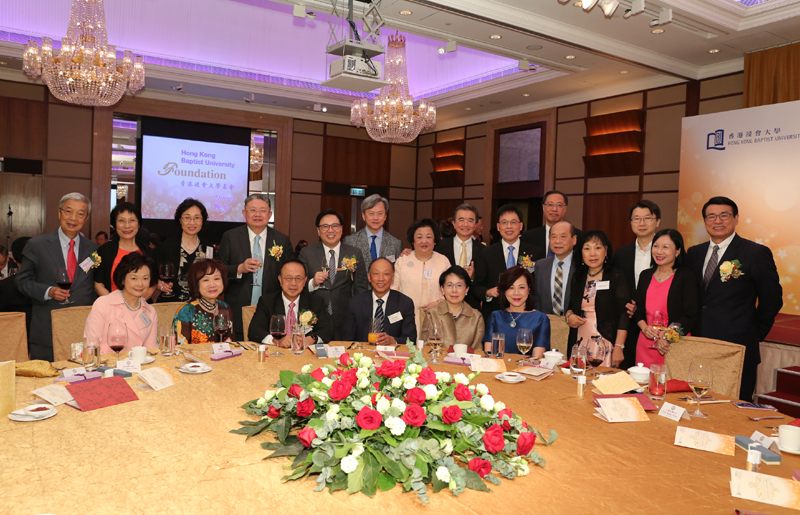 Guests posed for a group photo 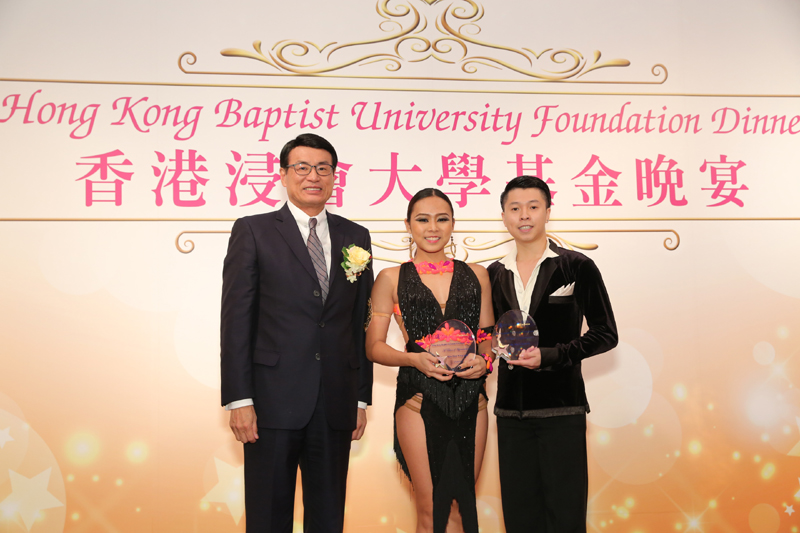 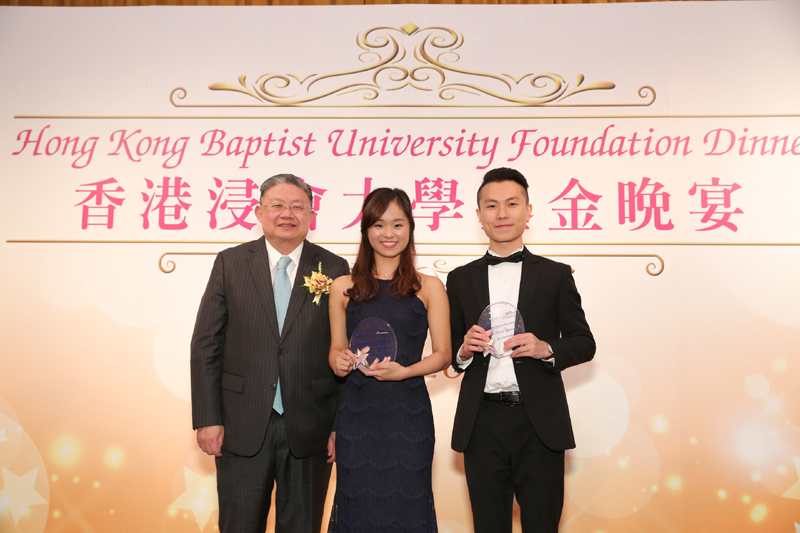 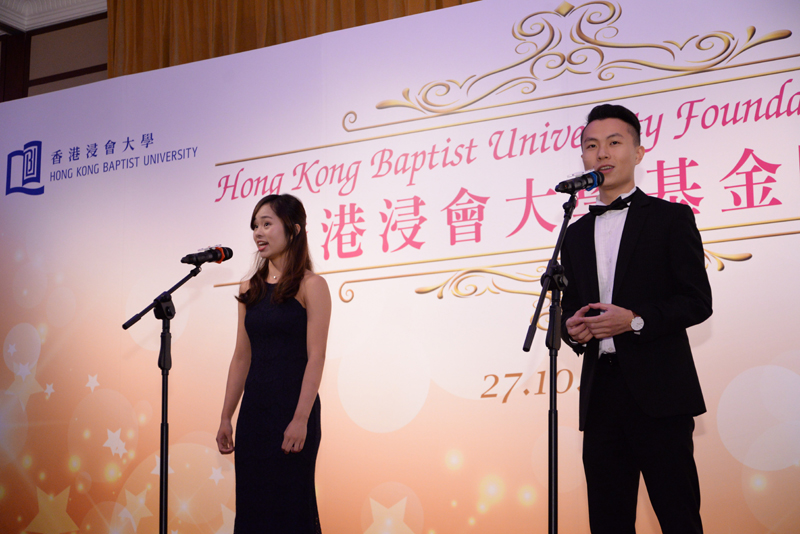 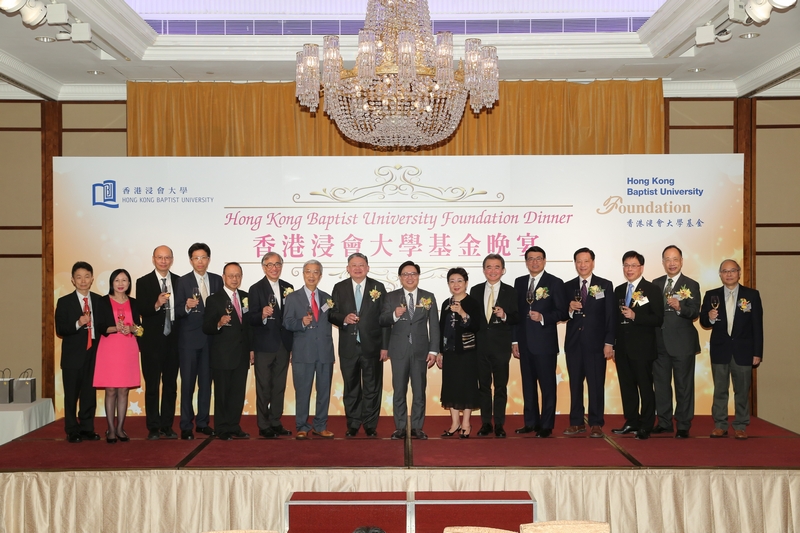 In his welcoming remarks, Dr. Wilfred Wong, GBS, JP, Chairman of the HKBU Foundation’s Board of Governors, shared the University’s recent research achievements in international arena. He extended his grateful appreciation to the University’s friends from all sectors of society for their support and generosity over the years which have enabled the University to achieve further advancement and excellence in teaching and learning. He expressed his sincere wish that HKBU will become a leading liberal arts University in Asia for the world.

In his speech, Professor Roland T. Chin, President and Vice-Chancellor, praised the former Chairmen of the Council and the Court and Presidents for their tremendous contributions to the development of the University over the decades. He also introduced HKBU’s ten-year Strategic Plan in which three selected research clusters namely Creative Media, Health and Drug Discovery as well as Big Data and Artificial Intelligence will be of the University’s focuses.

The programme was enriched by students’ vocal and dance performances. Their marvellous performances made the Dinner an enjoyable and memorable evening for all the guests.

Since its inception in 2009, the HKBU Foundation has raised more than HK$1.3 billion and its membership has grown steadily from 131 to 633, making an impressive growth of more than three-fold.  This is a testament to society's support for and recognition of the work of the University.