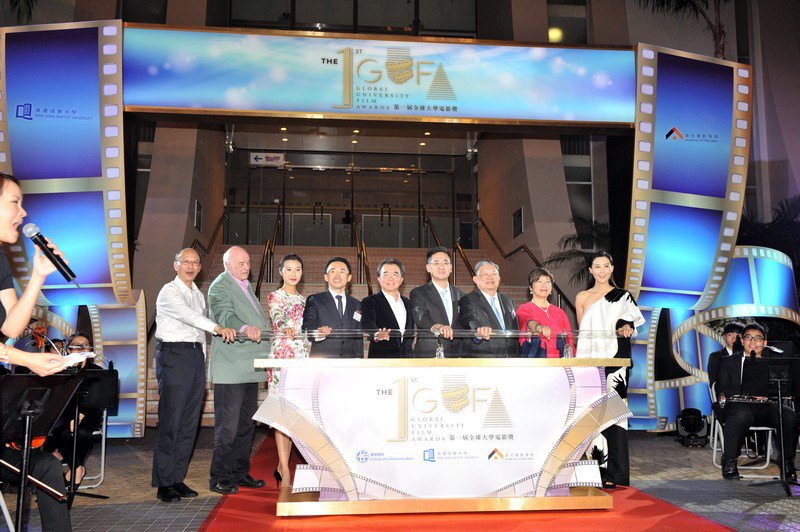 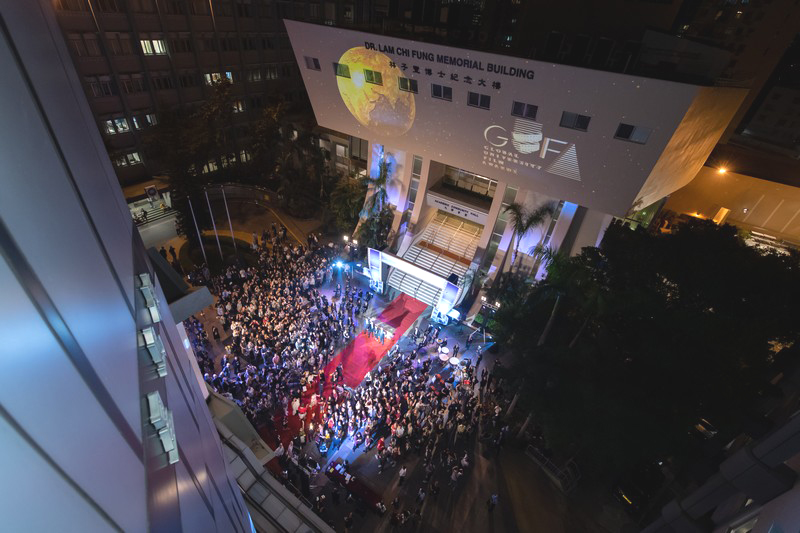 A light show was projected on the AC Hall’s façade 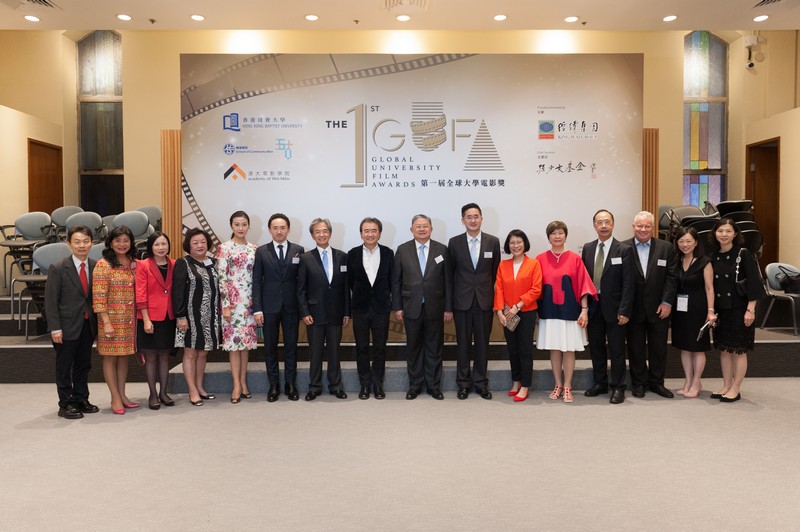 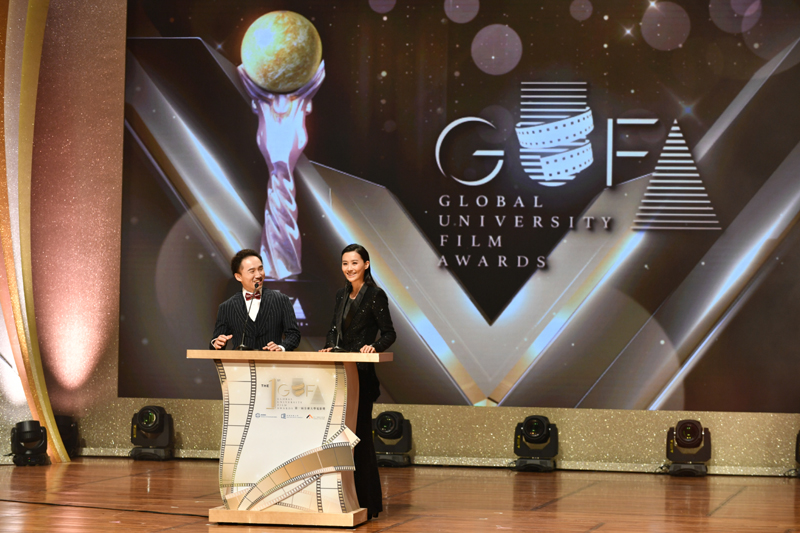 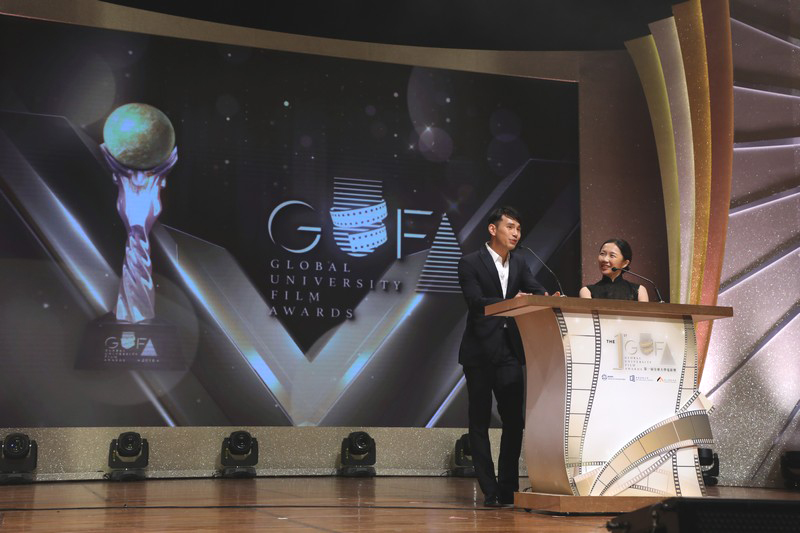 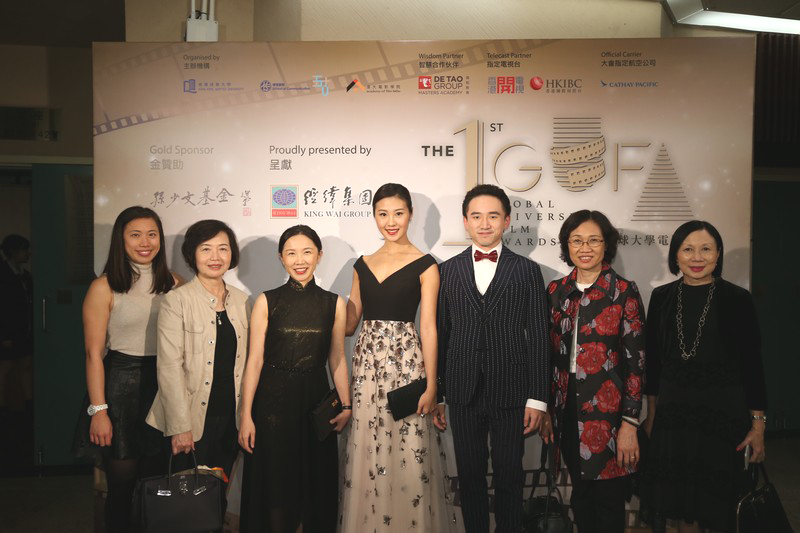 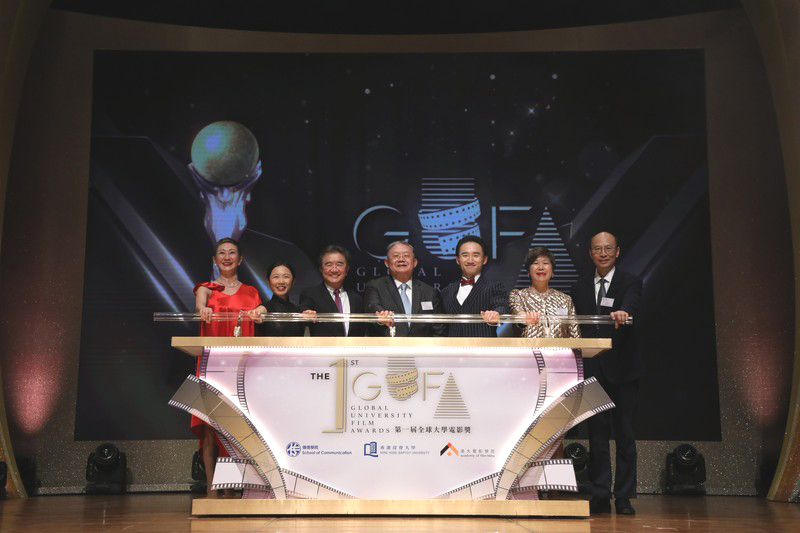 The 1st Global University Film Awards (GUFA), organised by the Academy of Film of HKBU’s School of Communication, was held from 7 to 9 November 2018. Proudly presented by Hong Kong King Wai Group Company Limited and the Simon Suen Foundation being its Gold Sponsor, this three-day event received over 1,800 short film submissions from nearly 100 countries and regions.

Officiating at the Opening Ceremony on 7 November 2018 were Dr. Bernard Chan, JP, Under Secretary for Commerce and Economic Development; Mr. Antonio Chan, Vice Chairman of King Wai Group, and his wife Mrs. Eva Chan; Mr. Tony Rayns, a member of the Jury; Ms. Fala Chen, a renowned actress; Mr. Cheng Yan Kee, BBS, JP, Chairman of the Council and the Court of HKBU; Professor Roland T. Chin, President and Vice-Chancellor; Professor Huang Yu, Associate Vice-President (Mainland) and Dean of Communication; and Professor Eva Man, Director of the Academy of Film. A host of wonderful programmes were shown at the Ceremony, including a musical performance, a screening of the film submission highlights, and an innovative and fascinating light show projected on the Academic Community (AC) Hall’s facade. (Please click here to view the light show.)

After the Award Presentation Ceremony, Mr. Antonio Chan praised that GUFA, the Oscars for university students, is a very meaningful event that recognises students’ cinematic achievements. Film students of different nationalities can learn from one another and have their horizons broadened. He hoped that under the current trend of globalisation, young filmmakers in Hong Kong can exchange views with their overseas counterparts through the art of movies, thereby promoting diversity and inclusion around the world.