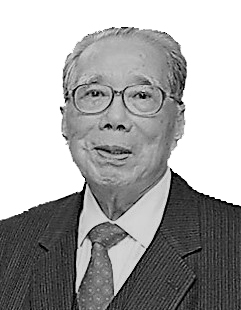 The HKBU Foundation records with deepest sorrow the passing of Dr. the Hon. Wong Po Yan, GBM, CBE, JP, former Chairman of the Board of Governors and the Council of Hong Kong Baptist College (1987-1989) and Honorary Doctor of Social Sciences (1994) of HKBU, as well as Honorary President of the HKBU Foundation, on 22 July 2019. He was 96 years old.

Dr. Wong started a career in the plastics industry in the 1950s and became a leader in the field of plastic materials. In the early 1970s, he led trade tours to Europe, Asia and North America and was instrumental in the development of Hong Kong’s markets overseas.

Widely recognised for his remarkable contributions to industry and the community in Hong Kong, he was awarded the Commander of the Most Excellent Order of the British Empire (CBE) and the Grand Bauhinia Medal in 1977 and 1998 respectively.

Dr. Wong was a long-standing supporter of the University. As a member of the Hong Kong Baptist College Board of Governors and Council from 1984 to 1986, he played a pivotal role in transforming the College into a university. He made generous donations in support of the University Foundation Fund, the Student Hostel Project as well as the Daniel & Kitty Tse Distinguished Visiting Professorship Scheme.

The Foundation conveys its deepest condolences to Dr. Wong’s family at this time of bereavement. Dr. Wong will always be remembered for his ardent support and distinguished contributions to the University.