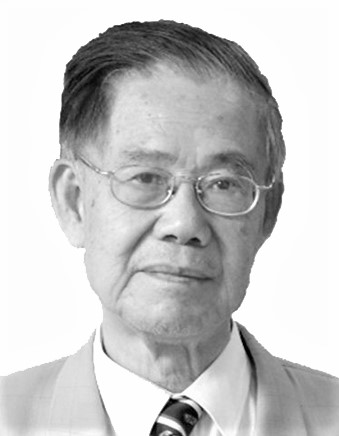 The HKBU Foundation records with deepest sorrow the passing of Mr. Fung Sun Kwan, Honorary University Fellow (2006) of HKBU, and Honorary Permanent President of the HKBU Foundation, on 2 October 2019. He was 90 years old.

Mr. Fung was a distinguished industrialist and a renowned philanthropist. He started his own shipyard business in 1963. Over his lifetime, he made numerous contributions to education and public welfare in Hong Kong and on the Mainland. His passion and care for the community was reflected in his support of many school building and hospital projects. Well-versed in Chinese literature, Mr. Fung felt that sinology and classical Chinese culture had been neglected in education both in Hong Kong and on the Mainland for too long. He therefore established the Fung Sun Kwan Chinese Arts Foundation in 2008 to promote knowledge and appreciation of traditional Chinese culture.

Mr. Fung was a longstanding supporter of the University. He aided the growth and development of HKBU since its early days, from making generous donations towards the construction of the David C. Lam Building to recent support of the Jao Tsung-I Academy of Sinology at HKBU. In recognition of its educational philosophy and focus on a liberal arts education, he strongly supported the establishment and development of the Beijing Normal University-Hong Kong Baptist University United International College and set up the Mr. Fung Sun Kwan Scholarship of Excellence.

Widely recognised for his remarkable contributions to the community, in 1992 Mr. Fung received an Honorary Medal in the Queen's Birthday Honours List for his service and contributions, and was awarded Honorary Fellowships by HKBU and The Education University of Hong Kong in 2006 and 2017 respectively.

The Foundation conveys its deepest condolences to Mr. Fung’s family at this time of bereavement. Mr. Fung will always be remembered for his distinguished contributions to Mainland China, Hong Kong as well as the University.