Since its establishment, the Hong Kong Baptist University Foundation has been able to receive generous donations from enthusiastic individuals and organisations to set up various development funds and realise a number of new initiatives that are innovative and have profound impact on the community. Major initiatives include: 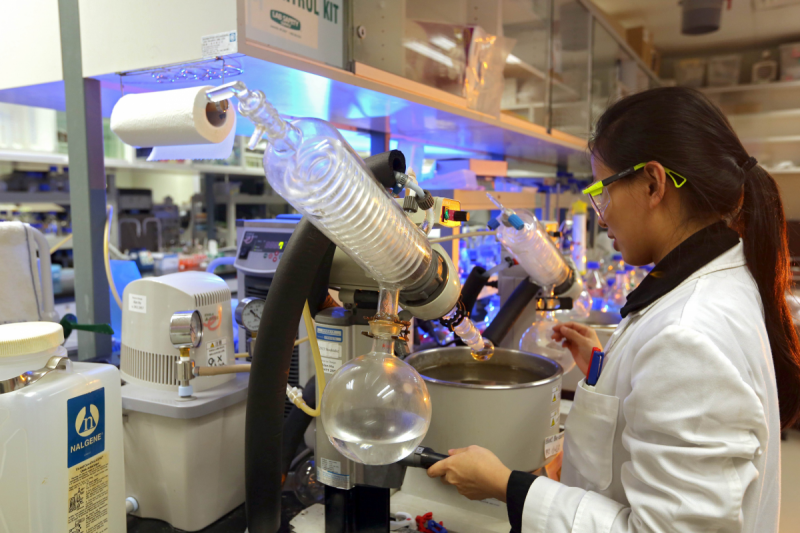 In 2011, the University received a generous donation of HK$30 million from Pecan Foundation Limited in support of the School of Chinese Medicine’s research project entitled “Strategic Plan for Intellectual Asset Protection of Traditional Chinese Medicine”. The project supports advanced research into the application of Chinese medicine in treating inflammation, cancer and viral diseases as well as the technologies for processing Chinese medicines. There will be collaborations with top-quality research institutes and higher education institutions in Chinese medicine on the Mainland. 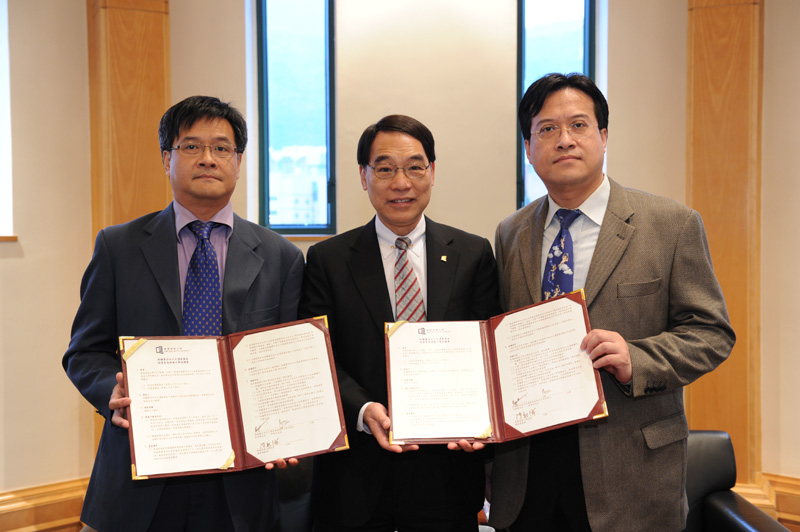 In 2010 and 2012, the University received a total donation of HK$17 million from Mr. and Mrs. Lau Chor Tak in support of the Campus Master Plan, which aims at providing superlative teaching, learning and research environments for the University community. In recognition of the donors' generosity, the multi-purpose hall in the Madam Kwok Chung Bo Fun Sports and Cultural Centre was named the "Mr. and Mrs. Lau Chor Tak Multi-purpose Hall".

Moreover in 2010, the University received a generous donation of HK$10 million from the Tsang Shiu Tim Charitable Foundation in support of the Campus Master Plan. In appreciation of the Foundation's kind benefaction, the University named a 400-seat auditorium the "Tsang Chan Sik Yue Auditorium" which can be used as lecture theatre and performing venue. 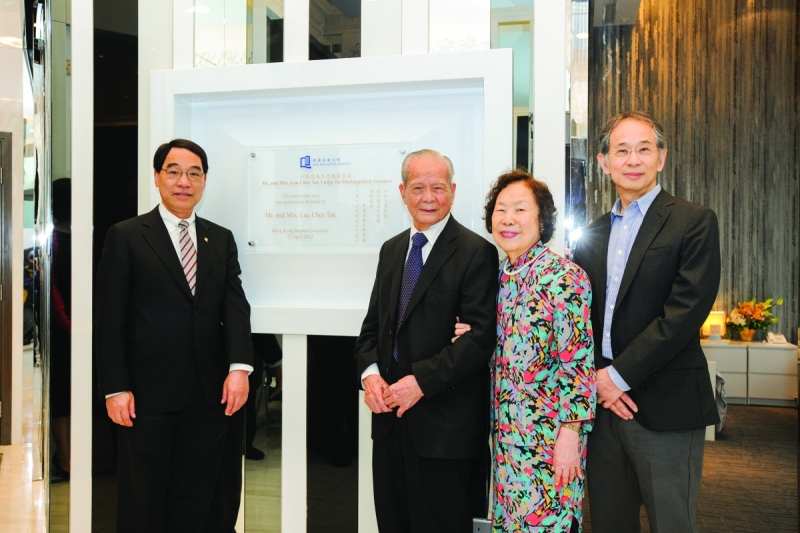 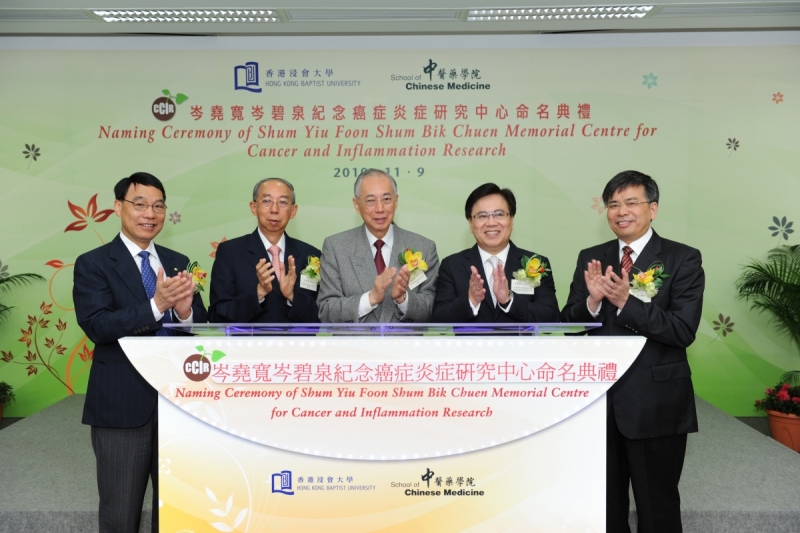 In 2010, the University received a generous donation of HK$20 million from Wu Jieh Yee Charitable Foundation Limited designated for the research development of the Shum Yiu Foon Shum Bik Chuen Memorial Centre for Cancer and Inflammation Research of the School of Chinese Medicine. With the funding, the Centre has been able to recruit experts and procure state-of-the-art facilities to carry out anti-cancer and anti-inflammation research. 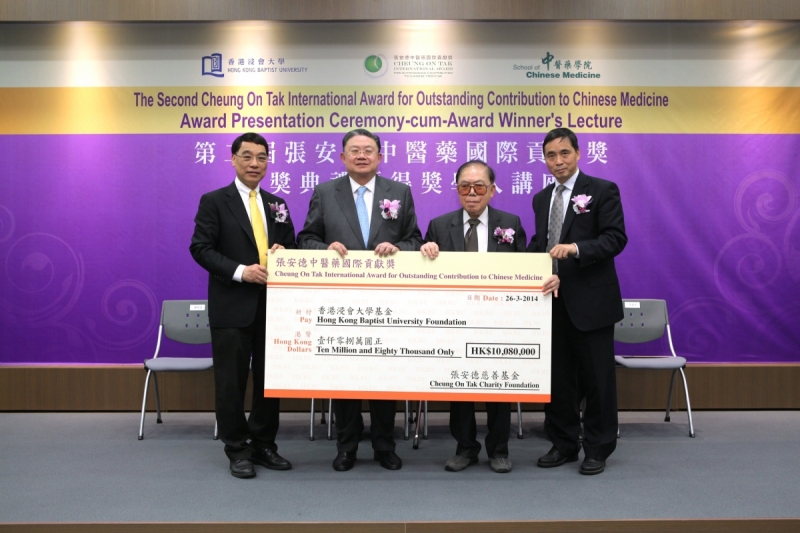